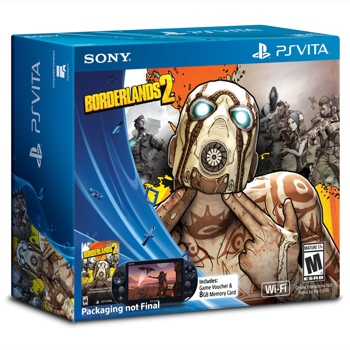 The PlayStation Vita is about to seriously slim down. Sony today announced that a smaller, updated version of the handheld gaming system is coming to North America this spring, bundled with the popular game Borderlands 2.

The new Vita hardware is 20% slimmer and 15% lighter than the original model released in 2012. It comes with 1GB of internal memory, an 8GB memory card, a new 5” HD touchscreen and a more powerful battery that lasts for between 4 and 6 hours.

Since the Vita has been out for a couple years, the system has built up a good library of kids titles. There’s also some great adult fare too, like Uncharted and the included Borderlands 2 game (rated M for mature). And if you own a PlayStation 4, the Vita can double as a second screen, freeing up the living room TV.

The specific launch date of the smaller PlayStation Vita (PCH-2000) has yet to be announced. The MSRP of the bundle has been set at $199.99.