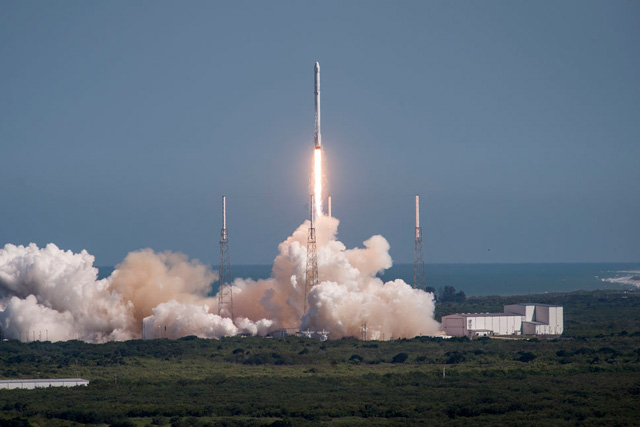 UPDATE 7:50PM ET: The launch of the Thaicom Mission has been delayed until at least tomorrow for "additional data review." According to a tweet by SpaceX founder, Elon Musk, "There was a tiny glitch in the motion of an upper stage actuator. Probably not a flight risk, but still worth investigating."

Today, SpaceX will attempt to launch another rocket into space and then land it safely back on Earth. If all goes as planned, the Falcon 9 rocket will return from orbit to land on a robotic drone ship, endearingly named "“Of Course I Still Love You.” This would be the fourth time SpaceX has recovered one of its Falcon 9 rockets, and the third landing at sea.

The current mission objective is to deliver a commercial communications satellite for Thaicom, a leading Asian satellite operator, into a supersynchronous transfer orbit that will later be reduced by the satellite to a geostationary orbit of around 35,800 kilometers. The launch will take place at 7:40pm tonight from Cape Canaveral, Florida and the satellite will be deployed about 32 minutes after liftoff.

Following stage separation, the real challenge begins. The first stage of the Falcon 9 will return to Earth and attempt to land on the drone ship. According to SpaceX, the first-stage will be subject to extreme velocities and heating during re-entry heating, making a successful landing "challenging". We'll either witness another successful recovery, as in this image from SpaceX's ORBCOMM 2 mission in December, 2015, or a stupendous explosion. 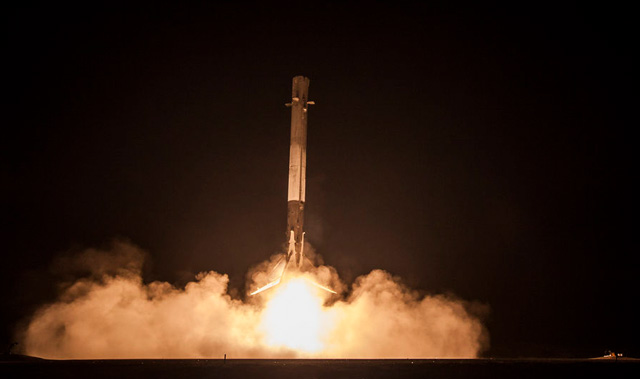 SpaceX has provided the mission timeline as follows: