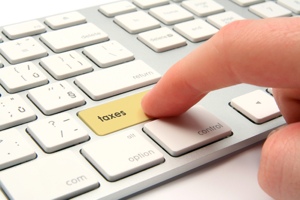 The United States Supreme Court today refused to hear a challenge to a New York State law requiring all Internet retailers to collect sales tax regardless of whether the business has a physical presence in the state, NBC News reports. This, effectively, gives other states the OK to pass similar laws.

Amazon and Overstock.com were responsible for mounting the challenge to the law. Not having to collect sales tax is a massive benefit for the pair, as it had given them a pricing edge over physical stores.

The Supreme Court’s action doesn’t necessarily mean your state will begin collecting sales tax (unless you’re a New Yorker, of course). It does, however, confirm that they can. And many states have shown themselves eager to begin charging sales tax on what has grown into a $250 billion industry.

Previously, the U.S. Supreme Court ruled that retailers who did not have a physical presence in an individual state did not need to collect sales taxes on purchases made from that state. As end customers, we’re supposed to voluntarily pay this tax when we file our yearly state returns (known as a “use tax”), though few of us wind up doing so.

Earlier this year, the Democrat-led U.S. Senate passed the Marketplace Fairness Act, a bill that would have similarly required taxes to be collected on Internet purchases. The conservative Republican-led House has yet to consider the bill.