Researchers Have 'Solved' Poker by Creating the Perfect Computer Player 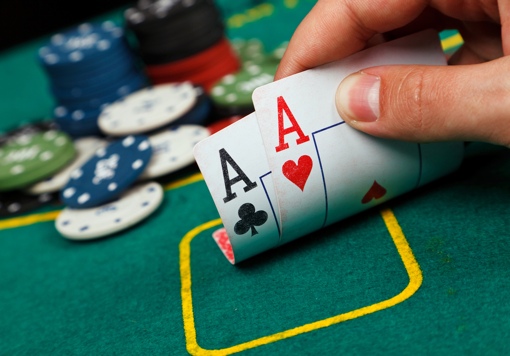 If you’re familiar at all with poker, then you know that the game is as much about skill as it is about luck. Sure, the cards that you’re dealt matter. But with the right strategy, you can win even with terrible cards – or, at least, win more often than you should. It’s part of why the best players in the world are so absurdly rich and why most of us who drop the occasional $100 to play at a table in Vegas go home broke.

Of course, if there is a perfect poker strategy, it was only a matter of time before someone developed an unbeatable computer program – an algorithm designed to always win (or, at least, break even) in the long run. That’s exactly what computer researchers at The University of Alberta in Canada have done: They’ve created a program known as Cepheus that perfectly plays two-player limit Texas hold’em poker, one of the most popular variants of the gambling game. The resulting study has been published in the journal Science.

Naturally, Cepheus cannot win every hand – if you’re playing against it and you get a royal flush, there’s not much it can do to beat you. But as it plays, the computer analyzes each and every possible move it can possibly make. When the program loses a hand, it learns from the experience, calculating a “regret value” – i.e., how much money does the program think it would have won instead had it bluffed harder, or how much it would have saved if it had folded its cards earlier. It then uses this information to play the next hand, getting smarter with each successive play.

The team trained Cepheus over 70 days using 200 computers, each loaded up with 32GB of RAM and a whopping 24 CPUs. “We could continue to train it, and it would continue to get better,” explains study co-author Michael Bowling. “But we stopped at this point because we can’t tell it apart from being perfect.”

With two-player limit Texas hold’em now “solved,” researchers are focusing their attention on more complicated poker games. Adding more players into the mix increases the challenge considerably, as the humans could effectively team up against the computer to beat it. Solving no-limit poker – the type you’ve likely seen on television where gamblers go “all in,” risking millions of dollars on a single hand – is a similarly difficult challenge to be tackled.

The researchers believe this type of strategic learning has applications beyond the world of gambling. Cepheus could be used to better secure buildings or military installations by calculating the various ways an intruder might foil existing security protocols. There are potential applications in medicine, as well.

Want to learn more about Cepheus? You can check out the program’s strategy, and even try your luck playing against it, by visiting the project’s website at the University of Alberta.

[Pair of aces via Shutterstock]