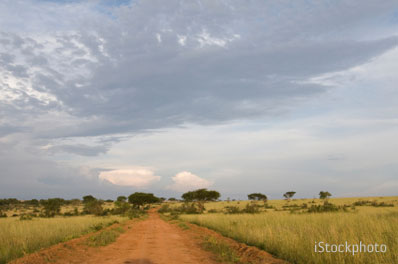 Today, we use our cell phones for just about everything from keeping in touch with loved ones to attacking crown-wearing pigs with a series of colorful birds. But in rural Africa, cell phones are being used for a much more important purpose: to provide access to clean drinking water.

African engineers routinely dig wells around the Ugandan countryside to service the poor, but these water sources have high rates of technical failure. Broken wells can take months to fix, because it can take months for anyone in a city to know that a well is broken. The problem is significant enough that, by UNICEF’s estimation, only 64% of rural Ugandans have access to improved drinking water.

But while these rural parts of Uganda lack clean water, residents still have access to cell phones. According to the World Bank, 52% of Ugandans had access to a cell phone last year – about the African average. There, cell phones aren’t a luxury item – they’re often the only option for communication.

Uganda’s Mobile Telephones for Improved Access to Safe Water program, launched in late 2011, was designed to improve communications between those who depend on water and those who provide access to it. Now, when a rural water source breaks, a local can use a cell phone to send a “fault report” by text message. An engineer is then sent out to assess and repair the well within 48 hours.

Aside from access to clean water, mobile phones are rapidly changing the face of Africa by improving both access to information and quality of life. Rural farmers will often lease cell phones to check weather reports and crop prices, sharing the information with those around them. And well over a million Ugandans use their phones to bank, giving much of the country access to a financial institution – and money – for the first time.