For ease of use and instant pay-off, it’s hard to go wrong with a video doorbell – an internet-connected camera with a doorbell function that sends video of who’s at the door when the bell is pressed or when motion is detected. If you’re not at home, you can communicate via your smartphone, or play a pre-recorded message for, say, where to safely leave a package.

In addition to answering the door, you can also save video recordings, which is handy for reviewing what’s been happening at your door. What’s more, simply having a camera at the door is a deterrent to would-be burglars. In some areas, video doorbells have been shown to reduce burglaries by up to 50 percent.

Setup involves connection to your home WiFi network and smartphone, plus the physical installation by your front door. Choosing a battery-powered model does away with wires for the ultimate in simple setup, while investing a little extra time in installing a wired version means you don’t have to deal with dead batteries.

In choosing the best video doorbells, we took a look at three main things:

1. Ease of use – How straightforward is it to setup and operate?

2. Usefulness – How much value does it add in monitoring visitors at your door? 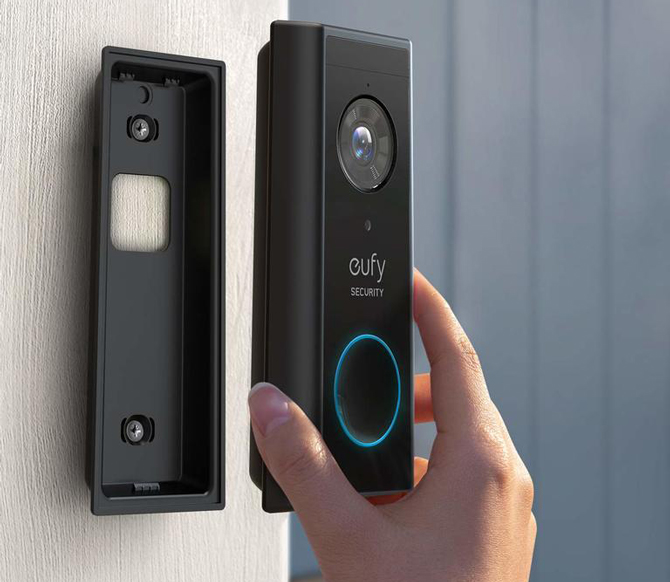 For those seeking a battery-powered – and therefore easier to mount – doorbell, Eufy offers a sleek HD option that also bypasses potential security concerns about tech companies recording live video. (There is also a wired version if you’d rather connect the doorbell directly to your home wiring.)

Rather than saving footage to the cloud, recorded video is saved to a hub that plugs into your WiFi – with the added benefit that you can check past recordings without needing to pay a subscription fee. On-device AI analyzes video so you’re only alerted when a human is detected. And when someone is at the door, the storage hub also chimes inside – a high-tech recreation of the old-school doorbell.

Power: Battery
Resolution: HD (2560 x 1920) with HDR for better clarity in low-light
Field of view: 160 degrees 4:3 ratio
Ease of use: Just screw to the wall and connect to WiFi to start using.
Features: Without a subscription, you can playback recorded footage, making this a worthy contender as a security camera too.
Integration with other devices: Works with Amazon Alexa and Google Assistant
Price: $199.99 on EufyLife (check price on Amazon), no subscription required 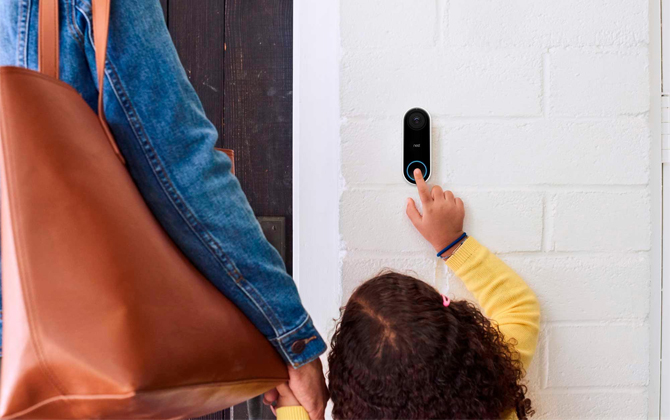 More akin to a security camera than the simple video doorbell, the Nest Hello has facial-recognition software that learns over time to identify who’s coming and will automatically tag recorded clips where motion or humans are detected. A Nest Aware subscription adds the ability to record video when motion or sound is detected, while a Nest Aware Plus subscription enables continuous recording and saving. These clock in at a higher fee than many other video doorbell offerings – but the subscriptions also cover recordings from other Nest cameras you might have. (If you don’t go for a subscription, then the Nest Hello simply operates as a doorbell that sends video alerts to your smartphone.) There is a night mode for clearer video in the dark, and you can enable quiet hours when alerts don’t sound.

Reviewers love the Nest Hello with Wirecutter selecting it as their Upgrade Pick, Tom's Guide giving it 4.5 stars, and Tech Radar awarding 4 stars. Consumers give it high marks too: the Nest Hello has earned 4.9 stars on Target, 4.7 stars on Best Buy, and 4.8 stars on Home Depot.

Power: Wired
Resolution: HD (1600 x 1200) with HDR for better clarity in low-light
Field of view: 160 degrees diagonal, 4:3 ratio
Ease of use: Requires connection to home wiring and WiFi
Features: Facial recognition and tagging, and with a subscription, there is video recording and continuous recording
Integration with other devices: Integrates smoothly with other Nest devices and works with Amazon Alexa, Google Assistant, and Samsung SmartThings.
Price: $229 on Google; from $6/month ($60 per year) for Nest Aware and $12/month ($120 per year) for Nest Aware Plus 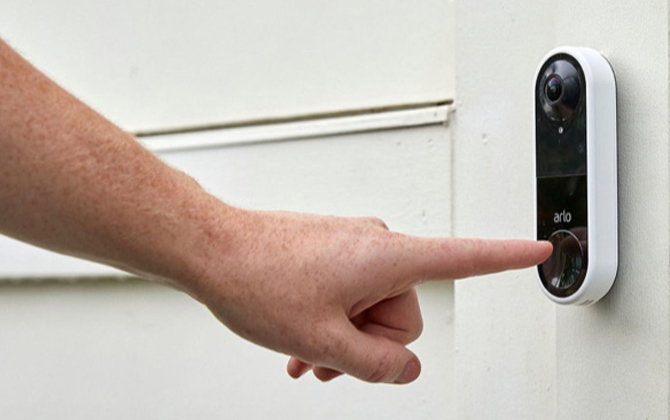 The best video doorbell on a budget: Arlo Video Doorbell

The wired Arlo Video Doorbell packs in a lot features for a reasonable cost. Video is streamed in HD with HDR for sharper details and you get basic live-video streaming and smartphone alerts triggered by a bell press or motion. A $3 per month subscription (for one doorbell) adds AI sensing to detect whether that someone at the door is actually an animal, vehicle, or package. The subscription also allows for video recording of clips up to five minutes long, triggered by motion or the bell, allowing you to check back on what’s been going on at your door.

Power: Wired
Resolution: HD (1536x1536) with HDR for better clarity in low-light
Field of view: 180 degrees, 1:1 ratio
Ease of use: Requires connection to home wiring and WiFi
Features: With a subscription, AI detects people, animals, vehicles or packages
Integration with other devices: Works with Amazon Alexa and Google Assistant
Price: $149.99 (on sale now for $129.99) on Arlo, check price on Amazon), from $3/month for video recording