How to Maximize the Life of Rechargable Batteries

by Robert E. Calem on February 22, 2010
in Phones and Mobile, Cameras and Photography, Computers and Software, Health and Home, Tips & How-Tos, Tech 101 :: 0 comments 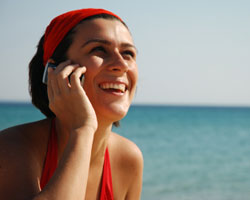 From camcorders to screwdrivers to cellphones, numerous devices run on rechargeable batteries—most powered by a chemical composition named lithium-Ion (Li-ion).

But while any two rechargeable batteries may outwardly appear as different as the devices they’re powering, in fact their internal differences are few.

As a result, getting the most power and the longest life out of any Li-ion battery is as straightforward as following some basic guidelines:

Always use the manufacturer’s batteries and chargers

Lithium–ion batteries can overheat if they are overcharged, so manufacturers build intelligent circuitry into each battery that works with matching circuitry in the charger or the device to closely control the amount of voltage used in a recharge. For this reason, you may find that off-brand replacement batteries won’t re-charge at all when used in the device or its charger, though you’ll still get to use whatever power is in this battery when it is new.

When you’ve used all of the available power in a battery, you’ve completed a “charge cycle,” and all batteries are designed to provide a particular number of charge cycles before replacement is considered necessary. But you don’t have to complete one charge cycle in a single instance. Recharging the battery to full when it’s 50 percent empty and then recharging a second time when it’s fifty percent empty again is equal to one charge cycle. That is, the two recharge instances are counted the same as having used 100 percent of the battery power once.

Be cognizant of your power demands

All batteries self-discharge when not used and will eventually go dead. But experts say storing a battery fully charged is not a good countermeasure—it could actually reduce the battery’s capacity over time. And storing a battery fully discharged could have an even worse effect, leaving it unable to be recharged. So, the experts say, it is best to store batteries that are within a 30 to 50 percent “state of charge” range.

Use and store batteries at a comfortable temperature

Source Credits: In compiling this advice, we received guidance from and paraphrased or quoted battery experts at Panasonic Energy Corp. of America, which makes a wide variety of rechargeable batteries used in consumer electronics products, and also paraphrased or quoted an Apple Inc. battery advice page and its subpages.