Review of the iPhone 4

by Josh Kirschner on June 08, 2010
in Phones and Mobile, Phone Accessories, Guides & Reviews 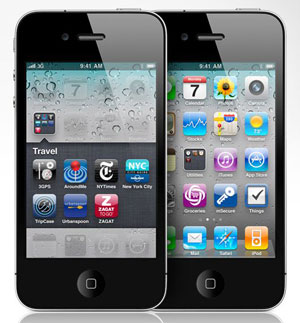 You can create folders on the iPhone 4

In a move that surprised absolutely no one, Apple released details on the new iPhone 4 today at the Worldwide Developers Conference. So now the big question for those in the market for a new phone is, "Should I buy one?"

The answer is a resounding "maybe".

Some of the major upgrades the iPhone 4 offers are: 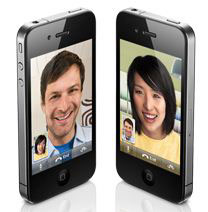 In addition, the iPhone 4 has some completely new features that sound cool and may be really useful in the future, but aren't yet:

Pricing on the iPhone 4 is actually pretty reasonable. The 16GB model is $200 and the 32GB model is $300, with a 2-year contract. There's also good news for current AT&T customers whose contracts are set to expire in 2010—sign up for a new 2-year agreement and you can upgrade to the new iPhone at these prices before your current contract is up.

And there are still some reasons why you may want to consider other options:

Whatever decision you ultimately make, it's hard to go wrong. The iPhone 4, available starting June 24th, is a great choice. The EVO and other new Android phones are great choices. 2010 is shaping up to be a terrific year to get a new cell phone.

I agree that the iPhone 4 announcement had no ground breaking “I did not expect that” features but it did have things that addressed some of the weak points of the platform compared to other smartphones.  This is the first iPhone that I feel that I can buy and be completely happy with ... well ... maybe.  I wish the video chat, FaceTime, feature worked over the cellular network.  Limiting it to Wi-Fi limits it’s utility to me.  But , in any case, it’s a great product and this Apple enthusiast will be getting two 16GB iPhone 4.  One each for me and my wife.

Megapixels are useful to print size - not photo quality. I don’t think that most camera phone users make 16x20 prints.  What’s more important is light sensitivity and colour accuracy, things which Apple addressed with the iPhone 4 camera. Megapixels became irrelevant once cameras got past 3MP. ~ http://www.megapixelmyth.com/?page_id=50

I hate Flash sites but I can see that some people love it (despite it being a proprietary technology with security weaknesses).  Given that the iPhone 4 has the same powerful processor A4 as in the iPad, I don’t see why Apple can’t provide support for Flash. : http://www.esecurityplanet.com/features/article.php/3886326/Adobe-Flash-PDF-at-Zero-Day-Vulnerability-Risk-Again.htm

Every site needs an Apple Fanboy/girl or two to keep things exciting!

The iPhone 4 is a great phone and it should be on everyone’s short list. You are completely correct that at a certain point the megapixels start mattering a lot less than the sensor size and quality, especially when talking about a cellphone camera. We’ll have to wait and see how well the new iPhone 4 sensor works. Based on a few sample photos released by Apple, I don’t see it replacing a stand-alone camera for most people (too much noise and no optical zoom), but it should be an improvement over the iPhone 3GS. In my opinion, the on-phone movie editing is the cooler advance.

I also agree that Windows 7 is a long shot in this race; but I wouldn’t count them out just yet. They have a lot of resources and experience at their disposal, a huge development network and Steve Ballmer just took on personal responsibility for the division at Microsoft developing Windows 7 - it’s clearly a massive push for them.

BTW, are you upgrading from the iPhone 3GS or something else?

I have no iPhone.  The iPhone 4 will be my first. I currently have a Motorola PEBL.  I get the benefit of waiting 3 years before getting an iPhone.

Let me start by saying I am a mega huge Apple fan & pretty much nothing will debunk me of this, not even the infamous fact that Apple releases upgrades 1 week, then makes an announcement the next month of something even better is coming out that doesn’t work with the better part of other Apple things unless you get it. Frustrating, but not a deal breaker. But Apple has a right to do this since they do much of the cutting edge technology in the industry anyway.
This said, the iPhone4 will be the most revolutionary (yes, I said it) mobile device this year, despite the competition, because it can and will reinvent itself not to mention keeping other mobile device development on its toes.
In reference to the lacks you mentioned in this article, the “flash” issue was addressed by Steve Jobs himself if you have a chance to read his response in the Apple Hot News from April 29th, 2010; makes total sense to me especially considering I have had a lot of problems with the flash stuff I encountered in the past.
I currently have a iPhone 3GS that I feel is the best iPhone they created on the current platform for the iPhone, but eventually I plan to get the iPhone4, it just may not be this month. AT&T is the main reason (with their 2 year contract & rate plan control) but I understand why they do it. Why they are the only carrier has much more to do with Apple’s extremely “strict” requirements, if you will. However, there is talk that T-mobile might come on board as well.
I would like to thank you for not letting the “lacks” be a reason people shouldn’t consider it a great buy this summer, it definitely will be…but it would be nice if everyone I knew wanted to get one…the whole fun of these iPhones will definitely be in talking to enough other people with them!!! C’mon Apple, can’t you think of a way to make that happen too?!?

@veetech1, since FaceTime is based on open standard technologies (h.264,STUN,SIP,RTP), there is not reason Google or RIM or other could not include it in newer devices.  Apple has promised to release the technology.