How to Record a Call on Your Android Phone

Sometimes it’s helpful to have a recording of your phone calls, whether it’s to document what happened or to ensure that you have all of the facts. However, Google doesn’t have a call recording feature built into Android due to federal and state laws that prohibit secretly recording phone conversations.

There are apps that will let you record calls, but many won’t work on phones running Android 9 and higher (you can install them, but the recordings will all be silent). We found that the apps that work the most reliably are those that don’t record the call on your phone. Instead, they create a three-way call with you, the person you're calling, and the app service. When you hang up, the recording is saved by the service and then downloaded to your phone.

We tried a bunch of the call recording apps, and while none were bug-free, a couple of apps stood out. Our favorite app for phones running Android 9 and higher is Call Recording by NoNotes (also our pick for recording iPhone calls). It's easy to use, provides consistent results, and you can have your calls transcribed for a fee. If your phone runs Android 8 and lower, we also recommend Call Recorder for automatic call recording.

Note: There are federal and state laws that prohibit secretly recording phone conversations. Before recording any conversation, you should check your local laws about wiretapping — and, yes, recording personal phone calls counts. Following the law is usually as simple as making sure the person you're speaking with doesn't object to being recorded. 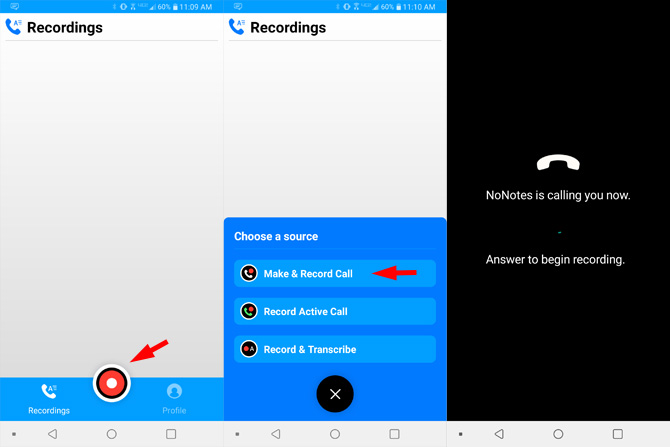 After you hang up, your recording will be available in the NoNotes app.

When you hang up, your recording will be ready. 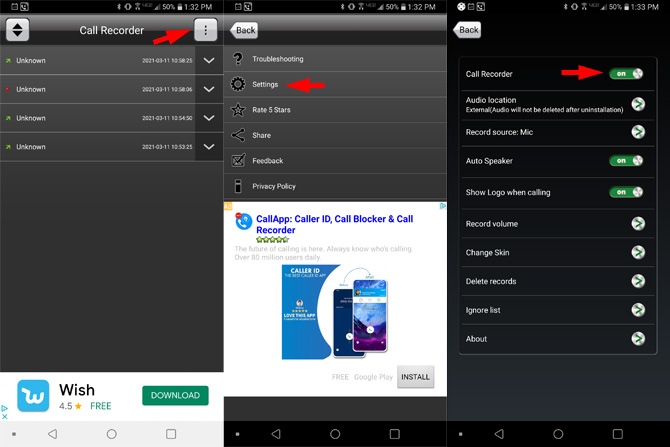 If you don’t want all of your calls recorded, you’ll need to remember to turn the recording function back on before you make a call or answer an incoming call. You can't turn on recording during a call.

While the app is free, it is ad-supported. You’ll see ads pop up in the app as well as in your notifications when the app lets you know that Call Recorder is running in the background.

The links to the two apps are the same

Sorry about that! Here's the

Sorry about that! Here’s the correct link: https://play.google.com/store/apps/details?id=com.recording.nonotes.nonotes&hl=en_US&gl=US

I’ve fixed it in the story as well