You Should Upgrade to iPhone 12, Here's Why 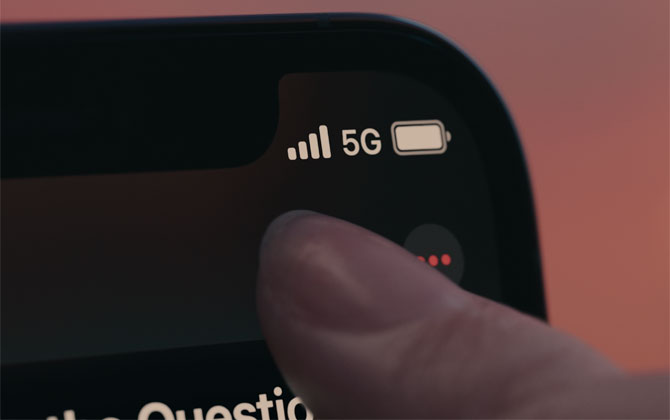 All four iPhone 12 models include 5G network connectivity, which promises typical speeds of up to 1 Gbps. By comparison, the FCC defines “high-speed broadband” connectivity as just 25 Mbps; in other words, your phone provides almost geometrically faster connections than your home WiFi network. In most places, a 5G phone renders WiFi almost unnecessary. It’s like comparing travel speed via bicycle to a car. 5G’s faster speeds mean far quicker web page loading and much speedier downloads and uploads of large files, such as photos and especially video. And, you’ll suffer less streaming video buffering and much less lag, “super-low” latency, as Apple puts it, to vastly improve online gameplay.

Not only do all four iPhone 12 models support what Apple claims is the widest assortment of 5G frequencies, but somewhat surprisingly, all models support both versions of 5G: the so-called “sub-6” that make up the bulk of 5G, as well as “mmWave” technology that can deliver peak speeds of 4 Gbps under optimal conditions, which usually is line-of-site to the cellular transmitter. mmWave networks are still developing and expanding, such as the new Verizon 5G UWB (ultrawideband) network, so the iPhone 12 is, in many ways, 5G future proof.

A much faster processor

All four iPhone 12 models are equipped with Apple’s latest A14 Bionic processing chip, which the company claims is the most powerful found in a smartphone. This potent chip is smaller than most – 5nm – but is packed with 11.8 trillion (with a “t”) transistors. The tiny A14 is integrated with all other of the iPhone’s components and operating system which promises to make the iPhone 12 far more power-efficient and perform all iPhone functions appreciably faster than all previous iPhones, and likely any other smartphone.

While Apple didn’t cite battery life as an improvement, it’s expected that the iPhone 12s won’t provide less power time than iPhone 11. Apple says that the new A14 Bionic chip is more efficient than the iPhone 11’s A13 processor, and a “smart data mode” means that if no 5G network is detected, the iPhones will automatically switch to a less power-hungry 4G LTE connection. 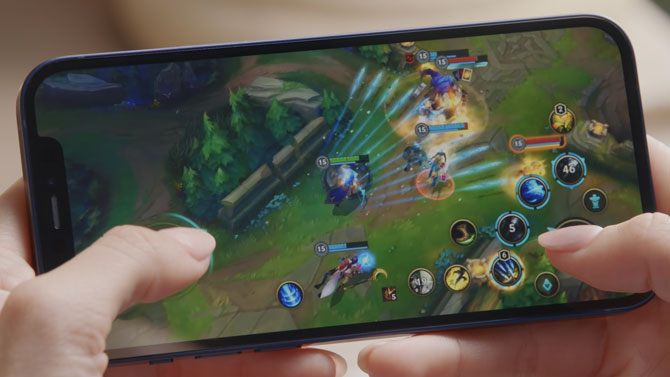 Apple worked with Corning, the makers of Gorilla Glass, to create Ceramic Shield, a display that has a 4x better chance of not getting cracked if the phone drops out of your pocket. The OLED display itself is packed with more pixels to make text more readable and photos sharper, with deeper blacks along with brighter and more shades of color. 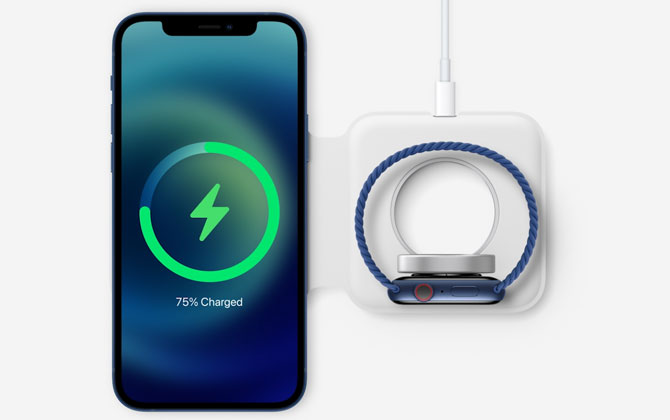 From a practical everyday usage point-of-view, iPhone 12 brings snap-on accessories and more precise and faster charging. All four models also are equipped with an Apple technology called MagSafe. Internal magnets allow you to quickly snap-on (and snap-off) cases and accessories rather than wrestle with them; Apple says it will have leather and silicone MagSafe case varieties at launch. One such add-on is a MagSafe Wallet, a small slip pocket that snaps onto the iPhone back – even if a MagSafe case is already attached – to store a couple of credit cards or some folded cash.

The MagSafe system also means no more hunting for the wireless charging sweet spot. iPhone 12 will simply magnetically snap onto the right spot on a compatible charger. There is one coming from Apple, which resembles the button charger you get with an Apple Watch. Plus, the iPhone 12 can be wirelessly charged at 15 watts instead of the usual 5 watts, so you won’t need to wait as long for a power fill up.

To save the environment, Apple won’t include a charging block – if you own an iPhone, you probably own dozens. All iPhone 12 models are fast-charge capable and can be charged up to 50 percent with a 20-watt or higher charger. But don’t expect those speeds from one of your old iPhone chargers; most are just 5 watts. You will get a USB-C to Lightning charging cable, which you will need to get high-speed wired charging.

If photography and video capture is a primary function for you, you should consider one of the two iPhone 12 Pro models. While all of the iPhone 12 models have the same 12MP front camera, the Pro models get some significant upgrades. For instance, iPhone 12 Pro is equipped with a 65mm telephoto lens, compared to a 52mm lens on the standard iPhone 12, which lets you optically zoom 2.5x. And if you zoom from the 26mm ultrawide lens, you get a 5x optical zoom as you move from ultrawide to telephoto. 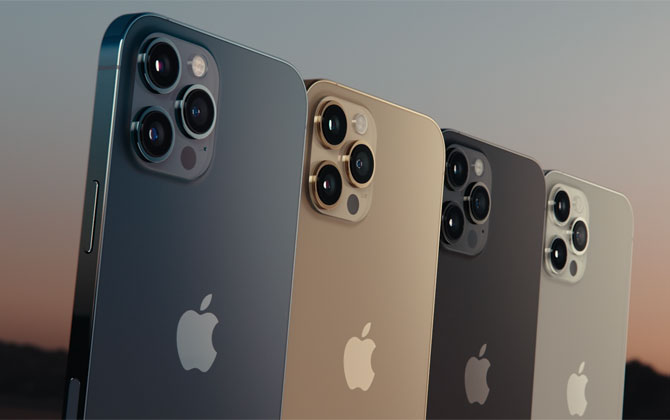 Most impressively for videographers, the iPhone 12 models will be the first smartphone to capture, view, and edit in 10-bit Dolby HDR in 4K at 60 fps. iPhone 12 models support other HDR standards as well for capture high-contrast footage, all editable on the phone with Apple’s photo and video apps. And to capture cinema-like video, the iPhone 12 Pro models deploy sensor shift-based optical image stabilization (OiS) to keep action footage smooth and steady.

The iPhone 12 will be available for pre-order on October 16th and in stores on October 23rd,  starting at $699. The iPhone 12 Mini will be available for pre-order on November 6th and in stores on November 13th, starting at $799. Both standard iPhone 12 models, encased in recycled aluminum, are available in 64GB, 128GB, and 256GB versions, in blue, green, black, white, and (PRODUCT)RED. If you trade-in a previous iPhone, monthly installments could drop to $12.99 for the iPhone 12 Mini and $15.99 for the 6.1-inch model.

I don’t see a compelling reason to upgrade from my 10XS Max.  I’ve seen so many EMPTY promises from Apple about how much tougher the display front is only to hear and see videos of people dropping their brand new iPhone’s and shattering the glass.  In fact, when the 10X came out, they said the display was stronger.  Nope.  Dropped my phone from my bicycle down to the pavement WITH AN APPLE LEATHER CASE on and it shattered.

If I had an iPhone 7 or 8, it might be a stronger case, but my XS Max has worked great and btw, the 5G LTE is a lie, until you see utility workers in your neighborhoods installing the 5G repeaters on your light posts or utility poles there is no true 5G in your neighborhood.

5G not here yet

BTW, you can go to this site here to see 5G coverage.  For Verizon, San Diego metro area doesn’t even have 5G:

The X stands already for 10

Its acceptable to flat out lie in the USA

What a joke, all the hype about 5G been available. By the time 5G comes around, 6G is around the corner. Someone please tell the telecom outfits to save there money, and go big on 6G. BTW hold off on buying an iPhone 12 that is made for 5G, after all its just a label been upgrade from a 4 to a 5 and the G is for gotta.

Only the 12 Pro Max gets the “significant” camera upgrades. The smaller 12 Pro is only getting lidar. Absolutely no compelling reason to upgrade, especially if you have the 11 Pro.

5G is also meaningless, as you don’t actually need it. Apple should spend less time following the bandwagon and more time being a trendsetter.

My phone’s been hacked