Today, at WWDC20, Apple unveiled a multitude of improvements coming to iPhone, iPad, Apple Watch and Mac. The new features will come with the release of iOS 14, iPadOS 14 and MacOS X Big Sur later this year and function across all of these devices. So you'll find continuity in the way Messages, Maps, Siri and home screen widgets work and enhanced privacy and security features across the board. Here's what to expect.

Apple is completely re-arranging how you organize and access your iPhone apps on their limited screen real estate. With the App Library, iOS 14 automates your app organization, grouping your most-accessed apps at the top of your main Home screen, or you can search through an alphabetical list of apps instead of random icons or make additional pages of app icons invisible. You'll also be able to mix apps with widgets, and you can choose what size to make these widgets.

Apple also is adding picture-in-picture – if you start watch a video on your iPhone, you can resize it and continue to play it on top of whatever app you open or navigate through. And when calls come in, a notification will appear at the top of the screen, instead of taking over your screen, so you can take or dismiss the call without leaving what you're working on. 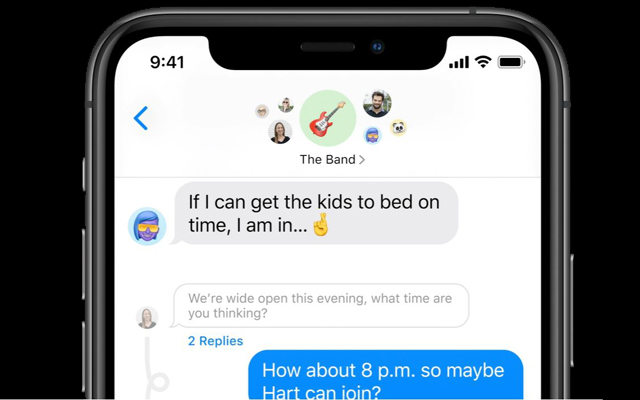 With the new Messages, you'll be able to respond to a specific individual in a group text instead of broadcasting a reply to everyone, and can set group text notifications so you're alerted to new responses only when you're mentioned or addressed directly. Apple also is adding 20 new hair styles, face mask coverings, and expanded aging options to its memojis. 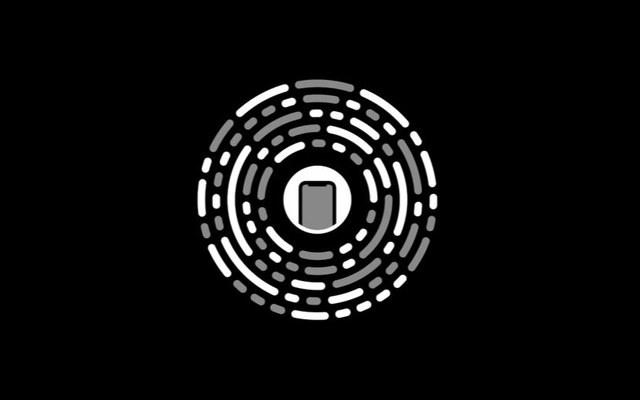 Instead of searching for and downloading a complete app just to do one thing, Apple Clips let you quickly access only the bit of an app that's necessary to complete a task, like paying for parking or taking a class. Aiming your iPhone at a circular Apple Clip code, which resembles a round QR code, or tapping the code, which has an embedded NFC chip,  lets you quickly access only the necessary bit of an app. Clips will have access to your Apple Pay info to quickly complete a transaction, such as renting a bike, and Sign in with Apple will handle account creation. Apple expects many businesses and larger apps to post Apple Clips codes in the real world.

In addition to driving, walking, and mass transit directions, Apple is adding cycling, which will provide route information that includes bicycle lanes, traffic, elevation, and stairs. Cycling routes will initially be available for New York, the San Francisco Bay area, Los Angeles, Shanghai, and Beijing, with more to come. If you've got an electric car, you'll also be able to identify EV-friendly routes that include built-in stops at compatible charging station locations and information on congestion and green zones. Apple also is expanding its Look Around street view feature to the U.K., Ireland and Canada, and adding it to the Maps app in MacOS X Big Sur. 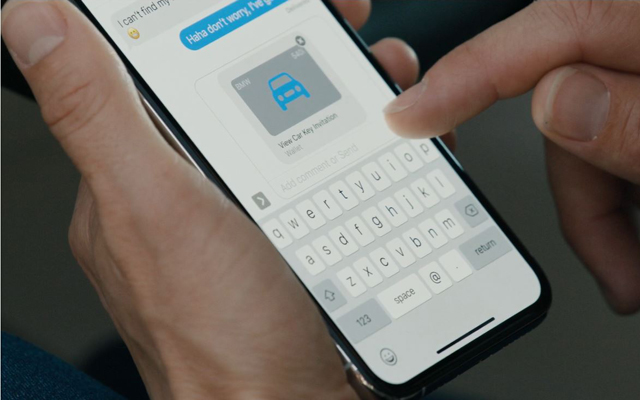 You'll not only be able to turn your iPhone into a car key to unlock and start your vehicle, but you'll be able to share keys, like you do with a smart lock, with limitations on functions and time. The digital key capabilities will starting rolling out in the 2021 BMW 5 Series. In the car, existing CarPlay systems will get new parking, EV charging and quick food ordering options.

Instead of your Siri request monopolizing your entire screen, you'll see only a small animated swirl at the bottom of your screen, keeping whatever app you have open and visible. And when the information you requested is displayed, it also doesn't monopolize the screen. 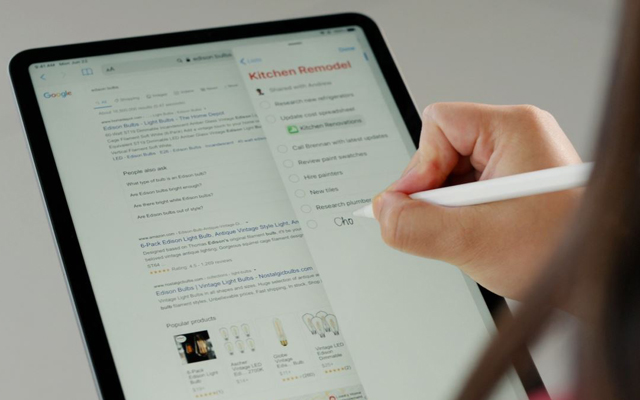 The the new Scribble capabilities, handwriting on an iPad with an Apple Pencil is a easy as using an onscreen keyboard. Anything you scribble in a text field will automatically be translated into text, whether you're searching the web or filling out a form. In documents, you can choose to leave written notes as they are or translate them into text. Phone numbers can be double tapped for calling, addresses can be open in Maps, and rough drawn shapes can be automatically transformed into perfect renderings. 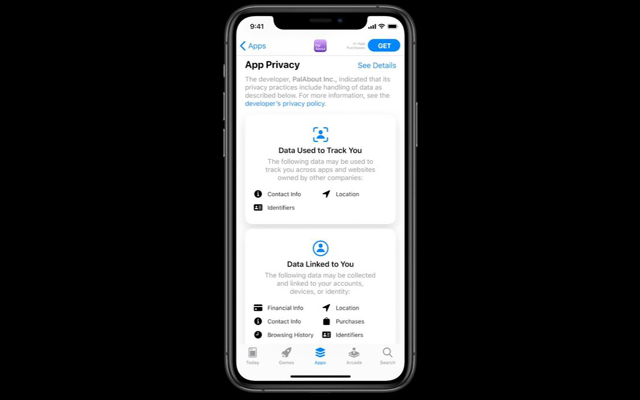 Apps in the Apple Store will now display security and privacy details – what kind of data each app collects and potentially shares – in the same way that food packages always list ingredients. Apps will also be required to ask your permission before it tracks you. In the new iOS and MacOS X versions of Safari, you'll be able to check on data collection and security functions for individual web sites. And with browser extensions for Safari, you'll be able to limit their use to specific sites and easily enable them on a per-use basis.

Apple is finally adding a long-missing Sleep app to Apple Watch OS 7. Using its existing biomedical sensors, the new Watch Sleep app not only tracks your sleep, but it also provides you with a customizable Wind Down function that can gradually dim your Watch's display, turn on Do Not Disturb and turn on the Night Mode display. You'll also get a haptic wake-up alarm, so only you get awoken, and a battery level reminder to make sure you recharge your Watch once you're up. Your sleep details also will be integrated into the Apple Health app. 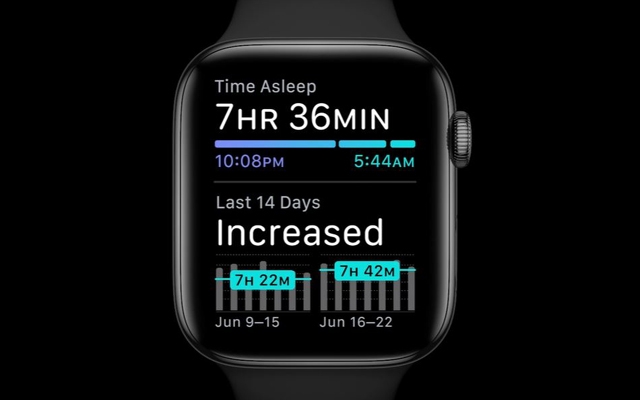 Apple is changing the name of its Activity app to Fitness, and adding a new Dance function, that tracks various dance fitness routines such as HipHop, Cardio, and Bollywood styles, along with new Core Training and Cooldown functions. The Bicycle Fitness function also adds the new cycling-specific route information as it does in the iOS Map app.

Accounting for the COVID era in which we live, WatchOS 7 adds automatic handwashing detection, and starts a 20-second clock to make sure you perform a complete recommended scrubbing. 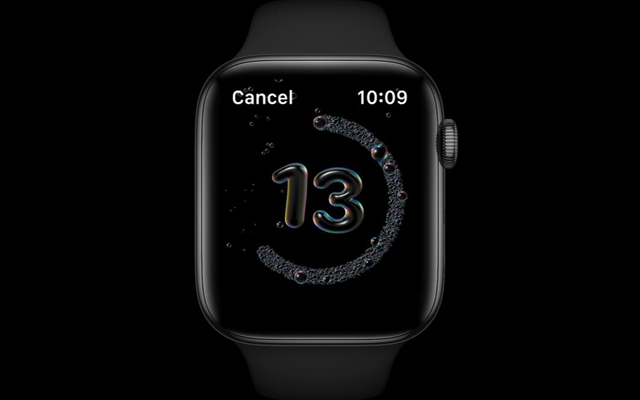 Apple also is updating the software for its AirPods earbuds, adding automatic device switching – the buds will know which device you're using and automatically switch as you move from your iPhone to your iPad or Mac. Plus, a new Spatial Audio feature for AirPods Pro will create a surround sound immersive experience that follows your head as it moves around so the audio always seems to come from your device. Spatial Audio is compatible with videos encoded with Dolby 5.1, 7.1, or ATMOS soundtracks.

Apple to using its own chips for smoother integration between devices

Apple CEO Tim Cook announced a major hardware shift as the company makes a two-year transition from Intel chip to its own Apple Silicon; Apple has been designing and using its own chips in both the iPhone and iPad since they were introduced.

For users, the major improvement from Apple Silicon-based Macs will be smoother integration between Apple's devices, such as being to run Apple's millions of iPhone and iPad apps on a Mac desktop or MacBook laptop.

Thanks to even tighter-than-usual hardware-software integration, Apple believes that Apple Silicon Macs will run faster, more efficiently and use less power, and could result in even thinner and lighter MacBooks with longer battery life. Cook predicted that new Apple Silicon-based Macs will be available by the end of this year, along with new Intel-based versions.

I swear they have all these changes and advances hidden in a safe somewhere and put them out piecemeal to entice new sales.

I think it is a good idea that the new update to the IOS 14 was a the best but when I’m on roblox and among I got to wait and when people call you it’s make u leave the game the other update was great cause people call you and you’ll be still on the game. Thank you
I HOPE EVER ON HAVE A HAPPY CHISYMAS AND NEW YEARS WELCOME TO 2021