Are Verizon's New 'MORE Everything' Plans Worth It? 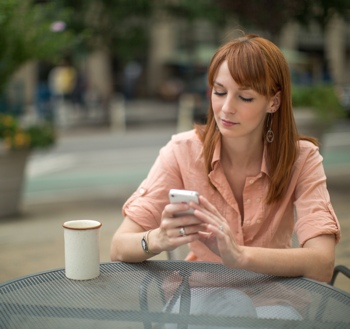 Verizon today introduced a new set of wireless plans called MORE Everything, offering increased data allowances and modest discounts to customers willing to give up their phone subsidies.

Many analysts had been expecting Verizon, the most expensive of the major phone carriers, to lower their rates in response to recent price drops by AT&T and T-Mobile. The cuts being offered here by Verizon, however, leave much to be desired. Customers with larger data allowances will fail to see a discount unless they switch to the company’s no-subsidy Verizon Edge program. And even then, the discount is less valuable than the subsidy itself.

If you currently have a 500MB, 1GB or 2GB data plan with Verizon, it appears that the company will default to giving you more data for your current monthly price. That means you may wind up paying for more data than you need. You should review your monthly data usage and decide whether it makes sense to trade that extra data for a price cut instead.

An international long distance plan, with rates starting at $0.01 per minute to Mexico and $0.05 per minute to Latin America, can be added to MORE Everything plans for an extra $5 per month. It’s a nice feature, but for someone who does a lot of international calling and travel, T-Mobile stands out as a better choice.

To learn more about Verizon’s new MORE Everything plans, visit the Verizon website.

Just got off the phone with a rep at Verizon to discuss this plan and how it would effect my account.

I was on the Share Everything Plan, 4 phones, 8 gb data for $250 per month. They arbitrarily, without consent, moved me to the More Everything Plan but left the rate I pay the same and I do not get any additional services (except for the free cloud storage which is useless to me).

The rep explained they are legally able to shift plans and offerings without consent since the 2 year contract is for the subsidized device purchase, not the plan (which is BS).

In order to receive discounts to match what AT&T is currently offering (4 phones 10gb data $160 @mo) I would have to “Edge Up” all 4 devices, and agree to the new Edge promotional agreements, and still fulfill the remaining contract term. Also since I’d have to “trade-in” old devices I’m loosing their resell value (BTW my phones are IP5s, and a GS4).

So to summarize how Verizon puts the screws to exisiting customers, I’d have to lose over $1200 in resell value, spend $675 in ETF, then purchase new phones under a new Edge agreement, in order to see a <$90 per month rate reduction. That calculates to nearly 1.5 year R.O.I. which is not worth it in my book.

So I’m going to run out my contract term with Verizon, and go a BYOD plan afterwards since the secondary market is saturated with new to semi-new devices (ie ebay, craigslist, Amazon…).

If they don’t want to subsidize devices anymore that’s fine, it will force down the over-inflated prices of smatphones and cause carries to rethink their loyalties to the end users.