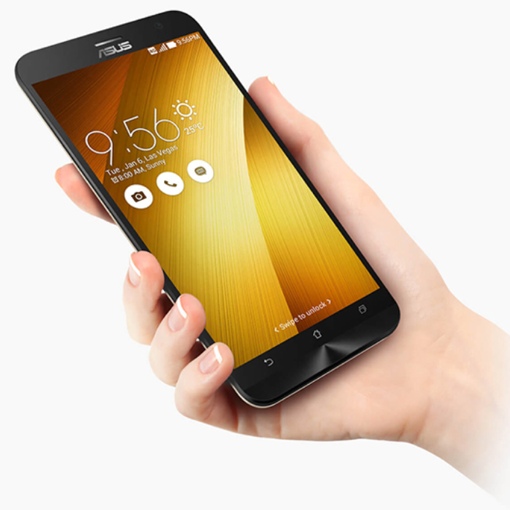 ASUS officially introduced its popular new ZenFone 2 smartphone here in the United States today at a special media event in New York City. The 5.5-inch Android Lollipop device has proven to be something of a hit in Europe and Asia thanks to a powerful feature set, sleek design and a terrific off-contract-friendly price. Now, starting Tuesday, the device will be available for purchase in the U.S. and Canada.

Internally, the ZenFone 2 has a 64-bit 2.3GHz Super Quad-Core Intel Atom Z3560/3580 processor and is billed as the first phone to come with up to 4GB of dual-channel RAM. Its BoostMaster battery technology allows it to charge up to 60% in just 39 minutes; when seriously pressed for time, 10 minutes of charging can get you up to 2.7 hours of additional 3G talk time. The ZenFone 2 also supports dual active SIM cards, which is handy for those who like to travel internationally.

The phone has an impressive 13 MP rear-facing camera with f/2.0 aperture lens and zero shutter lag. It uses PixelMaster 2.0 technology to capture 400% brighter photos when light is low, eliminating the need for flash for some shots. The Super HDR Backlight mode automatically captures 4 pictures of each scene, processing them together to boost dynamic range and brightness. The Super Resolution mode, meanwhile, uses those 4 pictures and combines them to boost the resolution and clarity of your shots all the way up to 52 MP.

The brushed metal ZenFone 2 has a rather pleasing form factor on the outside. On the front of the phone, you’ll notice that the screen takes up 72% of the front body. It’s edges are only 3.9mm thick thanks in part to a slight rear curve. The phone has a physical button on it’s back, too, which is designed to make it easier to take selfies or adjust your phone’s volume based on the natural way you hold the device. 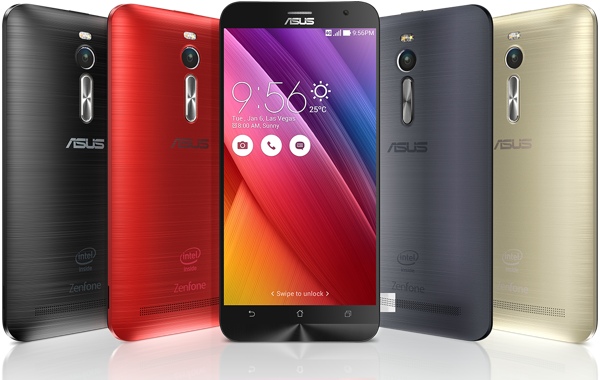