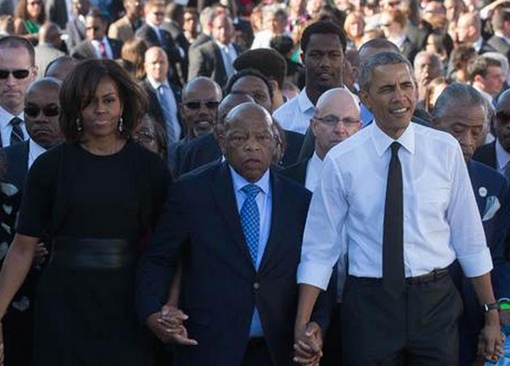 The president of the United States finally has his own Twitter account. Yesterday, president Barack Obama personally took the helm of the new @POTUS Twitter handle, an official government account for the president meant to be passed down from president to president.

Previously, Barack Obama posted signed comments to Twitter through the @WhiteHouse handle, which also belongs to the U.S. government. But others from his staff post official government business from that account as well. All Tweets from this new account will always come from the president himself.

The president’s new Twitter account was welcomed online by a number of celebrities and prominent politicians. In fact, Obama had a brief back-and-forth with former President Bill Clinton shortly after joining, joking a bit about Hillary Clinton’s presidential bid. “Know anyone interested in @FLOTUS?” the president asked of Mr. Clinton.

The tweets are being sent from an iPhone registered to the Executive Office of the President, a device used solely for this purpose. The President’s main communications device is a specially designed BlackBerry that has been extensively researched and tested by the Department of Defense for security reasons.