The easiest and best way to get fast whole-home WiFi coverage is to install a mesh WiFi system. Back in May 2018, Comcast introduced its own mesh WiFi system, with xFi Pods. These small WiFi radio transmitters plug into AC wall outlets and extend the reach of signals beaming from (and to) your wirelessly linked Xfinity Gateway (modem/router). Today, Comcast is introducing its second-generation xFi Pods, which promise significantly better performance than the first generation product. 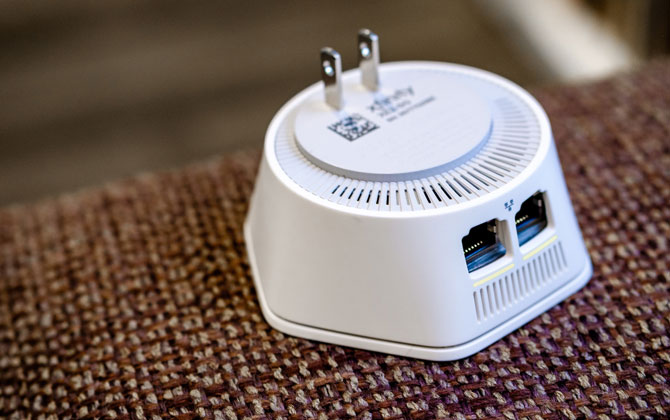 Signal strength has been greatly improved in the second-generation xFi signal hoppers. It’s claimed that just a one-pack ($119) or two-pack ($199) of the new pods can now enable satisfying, whole-house coverage, whereas the lower-powered first-gen models demanded more pods, more closely spaced -  a setup which reduced signal strength with every added hardware hop. Tellingly, those originals were sold in packs of 3 or 6, likewise for $119 and $199.

3. Tri-band WiFi radio, instead of dual-band

Improved performance also is enabled with a product upgrade from Dual-band to a Tri-band WiFi radio system – with one radio operating in the 2.4GHz band and now two in the 5GHz range. The second 5GHz radio is fixed for signal “backhaul,” which helps the system juggle network traffic more efficiently.

Each second-gen xFi Pod packs two ethernet ports (whereas the first model had just one) for direct connection of devices. Hard-wiring a device almost invariably translates into a more robust connection than is possible with a WiFi wireless link made at the same location. 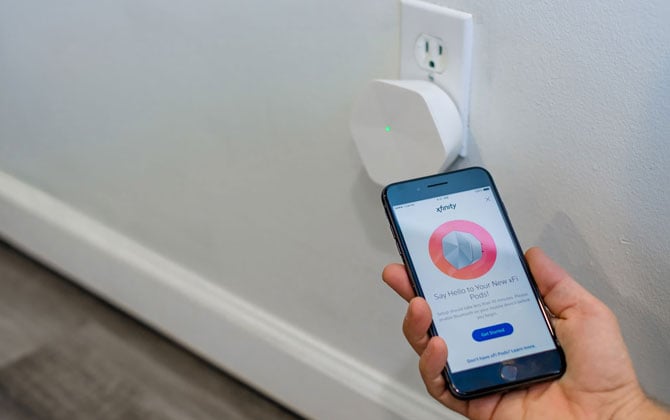 Along with similar cosmetics, the new xFi Pods also retain the key installation advantages that come with a product custom-built for connection to Comcast Xfinity’s xFi gateways and companion Xfinity mobile app (for iOS and Android.) To add these mesh networking devices, service users merely open the app’s Account tab, select “activate xFi Pods,” and follow the prompts. An on-screen signal metering system helps you with the optimum placement of the signal boosters. Once in place, app users can see how WiFi devices are connecting to your network – either through an xFi Pod or directly to the gateway. And the system lets you remotely pause specific connected devices - like your spouse’s tablet or child’s Nintendo Switch - so there’s no reason not to come to the dinner table.

The new xFi Pods work with all xFi gateways and are compatible with the first generation xFi Pods. If you’re tempted to use some of both, Comcast recommends that the new higher-performing xFi Pod(s) be placed closest to the xFi gateway.

The second-generation xFi Pods go on sale today on Xfinity. A single pod costs $119 and a two-pack costs $199.

Help need wifi quickly someone I can trust to install it for me or I will do on my own but there are several wires still connected after un plugging them. Very unsafe fire hazard and my health safety us at wits end