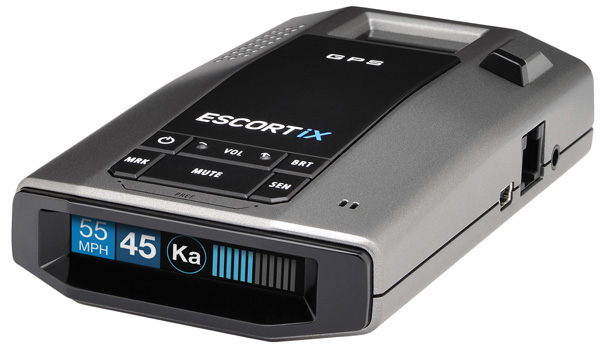 Escort just launched its newest radar detector, the Escort iX. Billed as an evolution of the well-regarded 9500 iX, the new iX borrows the technology innards from the existing Passport Max2, a new case design and a easy-attach magnetic mount.

Like the Max2, the iX features integrated GPS, Bluetooth connectivity to the EscortLive app on your phone and Escort's integrated Defender database of red light/speed cameras. The iX also now includes the high-resolution multi-color OLED display found on the Max2.

With all the similarities, what's the difference between the Escort iX vs the Max2?

The most important performance distinction is the iX's new magnetic mount, which Escort says "eliminates all bouncing or detachment during a drive". This would be a big improvement over the Passport Max2 and its sister the Beltronics GT-7 lineup, which I found to be excessively rattly in my review. I haven't tested the new mount yet, but based on this promotional video from Escort, it looks to be using a more solid construction design. Perhaps also helping the reduction in bouncing is the iX's smaller size (1.25" H x 2.875" W x 5.125" L) versus the Max2 (1.3" H x 3.2" W x 5.3" L).