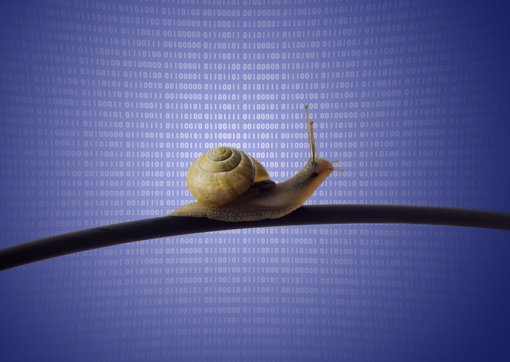 AT&T may soon be made to pay for its efforts to force its cellular customers off their unlimited data plans. Today, the U.S. Federal Trade Commission (FTC) filed a complaint in federal court alleging that the company misled its customers by promising them unlimited data, only to later reduce those customers’ speeds to near unusable levels.

According to the complaint, AT&T violated the terms of its offer of “unlimited data” when it began throttling customer speeds in 2011. The effort reduced connection speeds by as much as 90 percent after as little as just 2GB of data usage, impacting 3.5 million unique customers. Subscribers were not told their speed would be throttled in their contracts or in advertising materials, even after the effort began.

“AT&T promised its customers unlimited data, and in many instances, it has failed to deliver on that promise,” explains FTC Chairwoman Edith Ramirez. “The issue here is simple: ‘unlimited’ means unlimited.” AT&T, for its part, calls the FTC claims “baseless.”

AT&T began offering unlimited data plans to the public in 2007. These unlimited plans were discontinued in 2010 for new customers, but existing subscribers had their plans grandfathered. The company’s throttling effort appears to have little to do with data congestion, and everything to do with forcing data-hungry customers to give up their unlimited plans and choose a more expensive offering with a cap instead.

The FTC case seeks to end AT&T’s throttling program for existing unlimited data customers. It also seeks to provide refunds to customers who paid an early termination fee to cancel their AT&T contracts after their device was throttled. You can read up more on the case by visiting the FTC blog.

[Snail against data background via Shutterstock]