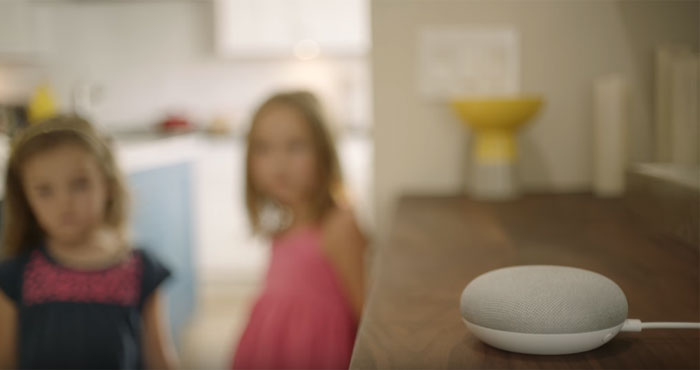 New technology can present a real challenge for parents, posing unexpected problems as curious kids gain access to gadgets that may not yet have strict parental controls. But today, Google is launching new Google Assistant features that both kids and parents will love, all for the appealing price of free.

50 new games, activities and stories are now available on Google Assistant devices, including Google Home (and its Mini variant) as well as select Android smartphones. It's a good way to entertain the kids without leaving them sedentary and staring at a screen for hours. Many games encourage physical activity, from dancing to musical chairs, but you'll also find more traditional games, like trivia and Disney's Mickey Mouse Adventure, as well as a selection of stories that Google Assistant can read.

The new activities work with Google's Family Link, which lets parents keep an eye on what their kids are up to. It's an existing feature that lets parents track and control app use and screen time, but we expect it will see more use with the launch of this kid-friendly content.

Over the summer, Amazon launched a very similar set of skills for Alexa devices, with games and bedtime stories. While Google's initial efforts are a good first step, Amazon has a broader selection of big brands, including Sesame Street and SpongeBob. However, Google isn't without big brands of its own, with Disney's Mickey Mouse Adventure game where Alexa's Disney features are limited to trivia. All of Alexa's and Google's stories are professionally narrated, but Alexa's stories are narrated by names like Aidy Bryant (Saturday Night Live) and Tom Kenny (SpongeBob), while Google's are mostly pulled from free services like audio story site Storynory.com.

But Google wins where it comes to parental controls. Though Amazon offers strong parental controls in general — particularly on its Fire tablets — Alexa's parental controls only let parents control which skills are installed. Google Assistant lets parents not only control apps but also monitor use and set time limits.

Still, we expect both companies to continue adding content for kids and improving their parental controls. In the meanwhile, parents should remain vigilant of their children's use of the latest technology — because, despite parental controls, clever kids can sometimes still find ways to get into inappropriate content. Right now, which device you choose is really down to what content your kids will enjoy more — or what device is already in your home.