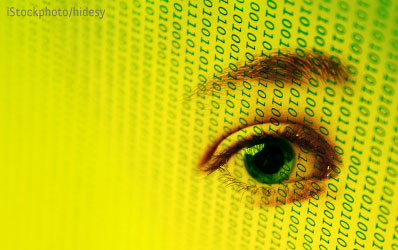 Google has taken a lot of hits from privacy advocates over the last year, but this past week, the company has taken on the unlikely role of defender of civil liberties. That’s because the world’s largest Internet search provider is taking on the U.S. government in court, requesting a federal judge dismiss requests from the FBI for information on Google’s users.

At issue in the case are national security letters (NSLs), a tool the FBI uses to gather information about persons deemed to threats to national security. No warrant or judge’s approval is needed to execute an NSL, and the target of an NSL is prohibited from being told about it. This same court has previously ruled provisions of NSLs to be unconstitutional, and has ordered that the government cease issuing them.

Google received no more than 999 NSLs last year, targeting between 1,000 and 1,999 accounts. It’s unclear who was targeted by the letters and why, just as it’s unclear just how much information Google has provided the government in the past – all that information is sealed due to national security. One thing is clear, though: Google appears uninterested in entertaining warrant-less spying requests from the federal government going forward.

This is not the first time the government’s controversial national security letter power has come under attack. In 2007, a Justice Department report suggested that the FBI routinely engaged in “improper or illegal use” of NSLs to obtain information.