The iPhone 6 is Apple's Easiest-to-Repair Phone to Date 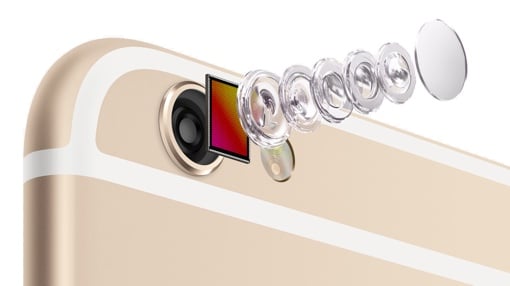 How easy is it to perform simple repairs and replacements on the brand new Apple iPhone 6 and iPhone 6 Plus? The good folks at iFixit decided to find out. And they did it the only way they know how – by completely disassembling both phones to see how they’re put together.

Overall, the iPhone 6 and the iPhone 6 Plus were awarded repairability ratings of 7 out of 10, scores that the folks at iFixit call “respectable.” That’s the highest an Apple phone has ever scored – last year’s iPhone 5S and iPhone 5C both scored 6 out of 10. The iPhone 6 also scored better than its biggest competition: Samsung’s Galaxy S5 earned a sub-par repairability score of just 5 out of 10.

What did iFixit like about the new iPhone 6 and iPhone 6 Plus? Specifically, the site notes that the display comes out of the phone first, which makes repairing it much easier. That’s no small point given that screen replacements are among the most common of iPhone repairs. iFixit also says that the battery is “straightforward to access,” another important point given that battery replacements are commonplace, too. The fingerprint sensor cable has been moved to a safer location than in the iPhone 5S, better protecting it from tears when exposed.

On the down side, both iPhone 6 phones use proprietary Penatlobe screws that you’ll need a special tool to remove. There’s adhesive to deal with in the repair process too, though iFixit calls removing it “not difficult,” unlike the mess hiding behind the screen of an iPad Air. Apple also gets dinged for not sharing info on repairing the device with independent shops, though given the results of this teardown, most should be able to easily figure out how to make common repairs on their own.

If you want to learn more, you can read the full teardown description of the iPhone 6 and iPhone 6 Plus at the iFixit website. You can learn more about the phone itself by reading our iPhone 6 launch coverage. And don’t forget to check out our coverage of the new features waiting in the phone’s new iOS 8 operating system.

I think repairing iPhones by ourselves is a very risky task. Because iPhones are a lot more complicatedly manufactured than other mobiles, so better to give it to professionals for repairing.

It’s really great to know that the iPhone 6 is so easy to have repaired, as you said. Mine cracked when I dropped it earlier today, and I don’t want to have to replace it. Your tip that it requires special screws to open is really helpful as well, and I’ll be sure to let a professional service take care of it as I definitely don’t have the tools or expertise for the job.

Your blog is very useful. I know very important thing over here. Thanks for sharing this information with us. Keep posting and keep sharing like this.
https://nzsunnyway.co.nz/

This blog is very useful. I also want such type of blog. Thanks for sharing important thing. keep sharing.