Apple Unveils the iPhone 6, iPhone 6 Plus 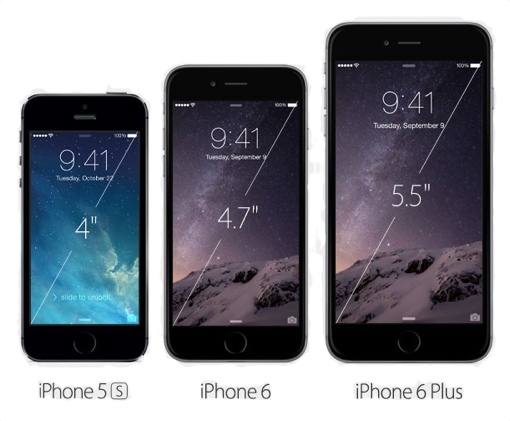 The wait is finally over. Today, before a large crowd of media attendees at an event in Cupertino, California, Apple introduced its newest smartphones, the iPhone 6 and the supersized iPhone 6 Plus. Both are due in stores September 19.

On the smartphone front, the new generation of iPhone contains a slew of upgrades over the previous model. Notably, the phones are getting bigger: The new iPhone 6 has a 4.7” ion-strengthened glass screen (the current iPhone 5S is just 4”), while the iPhone 6 Plus has a massive 5.5” screen. The screen resolution is also getting a nice bump to a new level called Retina HD: 1334 x 750 and 1920 x 1080 respectively. The new phones are also thinner, with other small design tweaks (the power button has been moved to the side, for example).

From the looks of it, the larger iPhone 6 Plus operates much like the company’s iPad tablets. When you turn the device sideways, you can access a new two-panel display. There’s even a horizontal version of the homescreen, really highlighting that this is a device for the data-driven user, and probably not the average person who still uses their phone as a phone. Another huge selling point for the larger Plus model: It has a more powerful battery, which translates into 20-50% longer battery life than the standard-sized iPhone 6.

Inside, the new iPhone 6 line has a more powerful A8 processor chip. That should lend itself to a 25% faster CPU, 50% faster graphics and less heat than the A7. And those graphics will indeed come in handy for game-lovers: The iPhone 6 features a new 3D game engine named Metal. 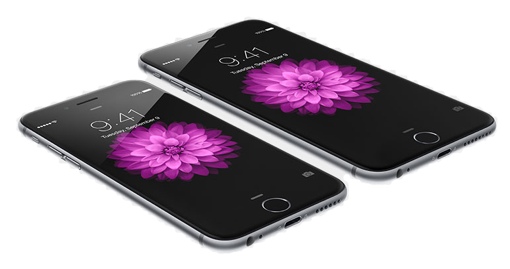 The iPhone's 8MP camera also get a number of nice upgrades. Enhancement to the video coder allows for 120 and 240 frames-per-second slo-mo. Cinematic video stabilization keeps things steady even when you're not, and continuous auto-focus keeps photos crisp and clear. You'll also find enhancements to the front facing camera for all those selfies.

The M8 motion processor, meanwhile, will keep track of even more fitness data than before. It has new sensors to measure bike rides, using a barometer to determine changes in elevation. All this information will be available for integration into apps like Nike+, and the new Health suite in the new iOS 8.

NFC has popped up as a surprising new feature in the iPhone 6. The mobile payment technology features heavily into Apple Pay, a new one-touch mobile wallet system that works with the Passbook app to make payments at McDonalds, Macy’s, Whole Foods and a number of other major retailers. Cards can be added securely to your phone using the camera and your personal card data is never shared with merchants. You can disable the phone’s tap-to-pay feature remotely at any time through the Find My iPhone feature.