Today, Apple showed off a lot of powerful new tech, but the most interesting reveal was an update to the budget-friendly iPhone SE. New iPhone 13 models range in price from $699 for the base 13 Mini to $1,599 for a maxed out Pro Max, putting them out of many people's price range. However, the new iPhone SE (3rd generation) costs $429 and it has been updated to include the same A15 processor found on all iPhone 13 models and 5G. 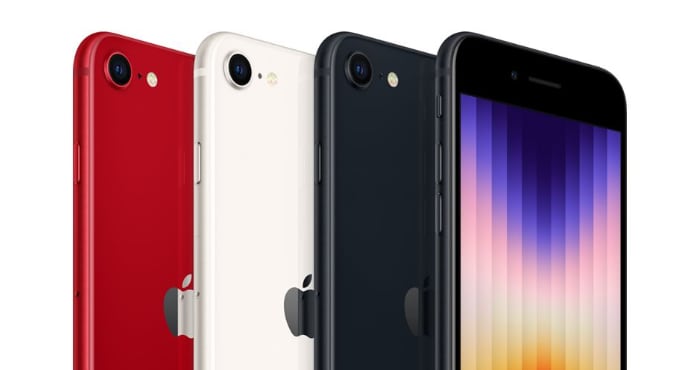 The newest iPhone SE still doesn't have all the bells and whistles of the iPhone 13: it's smaller, with a lower resolution display and single camera. Here's what the iPhone SE lacks compared to the iPhone 13:

But the by adding the A15 processor — the same chip all iPhone 13 models use — the iPhone SE will have speedy performance for any apps (or games) you need to run. 5G will give it faster performance on the go, though AT&T subscribers won't have full 5G speeds because the iPhone SE doesn't support the specific bandwidth the new Andromeda network will use. AT&T customers should still get 4G speeds, which makes the phone a little less appealing for AT&T users — but Verizon and T-Mobile customers should have full access to 5G speeds. Most importantly these features will help future-proof your phone. You'll be able to hold on to it for longer, because it doesn't start off with an old processor.

The 3rd generation model takes the iPhone SE from being a cheap, slow iPhone to a reasonable alternative to top-tier iPhone models for people who don't care about big screens and don't need massive amounts of storage.

If you're in the market for a tablet, Apple's iPad Air is getting a similar update with a new, faster processor: the 5th generation iPad Air will use Apple's M1 processor, the same as the iPad Pro. And if you need mobile connectivity, it now supports 5G. The iPad Air is still smaller (10.9") than the high-end iPad Pro models (11" and 12.9"), and has a lower resolution screen. But similar to the iPhone SE, we think most tablet users won't mind the loss of these features, and will appreciate the speedy performance of the M1 chip.