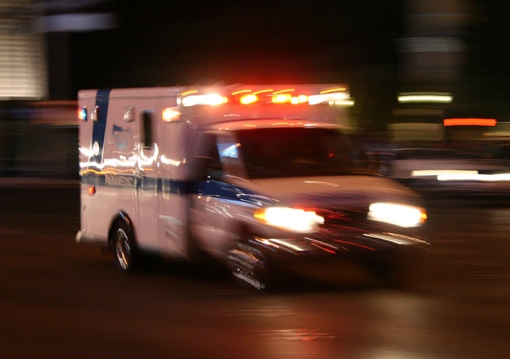 When there’s a life-threatening emergency, your first instinct should be to call 911 for help. Use a landline phone to do it if you can, though. According to a new investigative report by tech website The Verge, major wireless carriers are facing multiple, seemingly unresolved FCC complaints from customers who say they weren’t able to reach 911 on their mobile phones when it counted.

The Verge discovered the extent of the problem by filing a series of Freedom of Information Act requests with the federal government. It unearthed numerous complaints from customers unable to connect to (or maintain a connection to) 911 emergency services spanning all major cell providers. The formal complaints detail at least 400 counts of dropped connections, busy signals, incorrectly resolved locations and improperly routed calls.

In one report, a Virgin Mobile customer in Washington was unable to call 911 from any of his household’s mobile phones when his daughter suffered a seizure; the company suggested he needed to route 911 calls through its customer service line instead. In another, a Sprint customer in Minnesota found his phone’s ability to dial 911 deactivated for non-payment – a violation of FCC rules. And in Florida, a man told the FCC he nearly died from a blockage in his heart due to his phone being unable to contact 911 on multiple attempts.

Part of the problem seems to be that neither government nor industry responds to mobile 911 complaints with the same seriousness with which landline 911 complaints are handled. The last wireless company to be fined over mobile 911 was T-Mobile, which paid $75,000 for a failure to roll out Enhanced 911 services in Arizona in a timely manner. Unannounced, intentional, hours long outages do not appear to merit FCC action.

Obviously, if using a landline phone isn’t an option, you should use your mobile phone to contact 911 in any way you can. Both voice and text 911 services are widely available to mobile subscribers. But given these service issues, you may want to consider keeping wireline service in the homes of elderly family members, especially those in remote areas who might have trouble with cell reception anyway.

You can read the full report on the problems with mobile 911 over at The Verge. If you've experienced problems connecting to 911 on your mobile device, meanwhile, you should consider filing your own complaint with the FCC. Doing so is easy: Just visit the FCC website and fill out the web form with all the relevant information you can provide.