•       Notify you when someone posts a picture of you without tagging you, so you can tag yourself or report the photo if it's inappropriate.

•       Notify you when someone uses your photo as a profile picture to avoid impersonator accounts.

•       Help the visually impaired by providing text descriptions of who's in a photo or video.

The goal is to give you more control over your photos. Facial recognition might reconnect you with an old college buddy or let you know a friend has posted a less than flattering photo so you can ask them to take it down. When Facebook notifies you of a new photo, you have the option to tag yourself or report the photo if you feel it's inappropriate. Now, whenever someone posts a photo of you, whether it's tagged or not, you'll know about it. (Though the feature will respect privacy settings: you won't get notifications for content you couldn't see otherwise. So, for example, you wouldn't get a notification if a co-worker posted a picture from the company Christmas party to their private account unless you were already friends.) 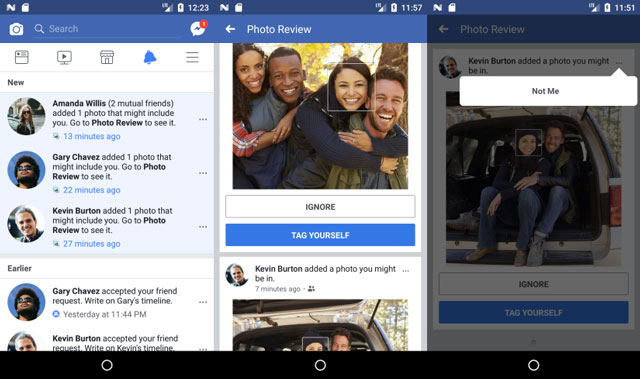 Not everyone is comfortable with the idea of Facebook being able to identify their face, but features like this wouldn't work — or at least not work well — without it. It's easy for people to forget to tag their photos or, perhaps, forget everyone's name in a group photo. Using facial recognition software lets Facebook fill that gap, identifying who's in each photo so you know when your picture gets posted. The technology works by analyzing the photos you're tagged in and creating a template of your face. Then, when new photos are uploaded to Facebook, it checks to see if they match any templates.

Facebook stresses that the site doesn't plan to add features that tell strangers who you are, but you may still be concerned about privacy — and if so, you aren't the only one. This facial recognition program won't be implemented in Canada or Europe due to regulations on collecting this kind of data, and even in the United States, the company is under legal fire for collecting biometric data without permission. 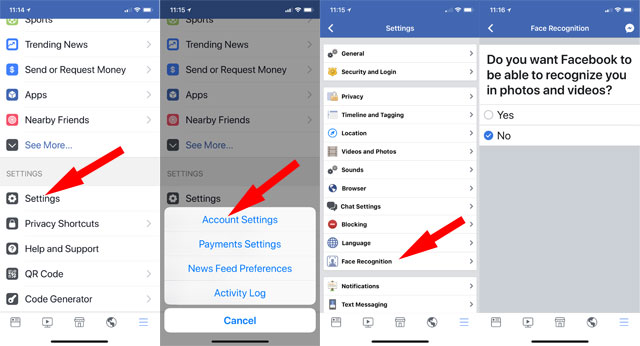