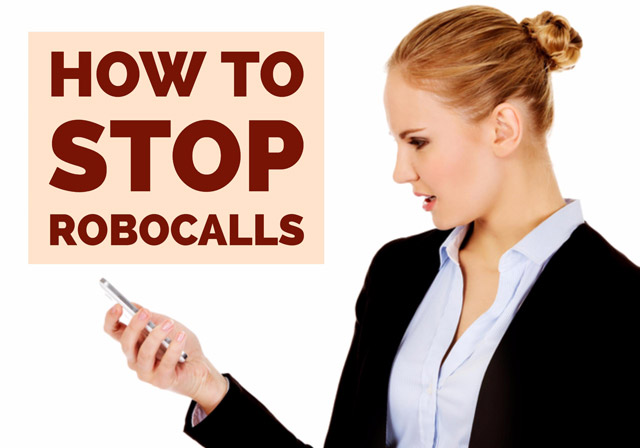 Even if your number is on the FTC's Do Not Call Registry, there's a good chance you still get phone calls from scammers who don't care about the rules. If you're sick of getting automated spam calls, Nomorobo offers a solution for many VoIP lines and iPhones (iOS 10.1 required), with Android support coming soon.

This service, which won an FTC challenge to stop robocalls, monitors your incoming calls, matching numbers to a database of 429,000 spammers. If the number is in Nomorobo's database, the call doesn't go through. This lets automated calls you want — like your child's school calling to announce a snow day — through, while shutting down spammers.

The downside to this kind of blacklist is that the system can potentially miss new spammers, though Nomorobo's database is constantly updating. It also doesn't always recognize calls without caller ID — which are almost never from legitimate sources, but won't match any number on a blacklist. But even so, Nomorobo will block a good number of these junk calls.

How to use Nomorobo on your home phone

The biggest downside of Nomorobo is the fact that it simply isn't supported by all carriers. If you have a traditional landline phone, Nomorobo isn't an option: you need a voice over IP phone (VoIP) from a supported provider (AT&T U-Verse, Charter, Comcast, Frontier, Time Warner, Verizon FiOS, and Vonage, among others). Assuming you have that, setup is relatively straightforward, though the details depend on which type of phone service you have.

Nomorobo for VoIP uses a phone feature called "simultaneous ring" to work. This means that the phone rings both at your home and with Nomorobo, allowing Nomorobo to screen the call for you. Your phone will ring once and, if it's a spammer, Nomorobo hangs up so they don't bother you anymore.

To set up Nomorobo, you'll have to create a Nomorobo account and then go through the instructions to set up simultaneous ring through your provider.

Nomorobo for VoIP is free, so if you're plagued by phone spam, there's no reason not to try it.

How to use Nomorobo on your iPhone

When iOS 10 arrived late last year, it included a new feature: the ability for apps to block phone calls. This is good news for anyone plagued by cell phone spam, and paved the way for the new Nomorobo app.

App setup is more straightforward than home setup. All you have to do is install the app and give it permission to block calls for you. After you've installed the app, just open settings, then select Phone > Call Blocking & Identification and then click the slider to enable Nomorobo. After that, the app goes to work.

This is the first version of the app, and options are pretty sparse. You can chose to have junk calls simply identified as "Robocaller" or send them straight to voicemail from Nomorobo's main screen — there's nothing else to configure.

Unlike the VoIP option, though, Nomorobo for iPhone will cost you $1.99 per month or $19.99 per year for one phone. A family plan that protects up to four phones for $4.99 per month is coming soon. Your first month is free, so you can give it a try without committing — just remember to cancel your subscription before the month is up if you decide you don't like it!

No mention of Android

So maybe Nomorobo doesn’t work on Android. Ok. But your article ignores Android as though there aren’t 1.25 billion Android phones in use in the world. Per the website “Android coming soon.”

We have more details on Android options in this article: https://www.techlicious.com/blog/how-to-prevent-spam-callers-from-leaving-voicemail/. Our recommended app was Extreme Call Blocker (https://play.google.com/store/apps/details?id=com.greythinker.punchback). It uses the FCC block list to keep callers from ringing your phone or even leaving a voicemail, if desired. There is both a free and paid version from the developer. Unfortunately, the app has not been updated in some time, so you’re probably better off going with the free version.

I’ve been using the free version for about six months and find that it works pretty well. Some calls still get through, of course, but others are blocked. And you can add those that get through to your blacklist so they are blocked going forward.

I have an iPhone and a voip phone for my house. I get very few robo or spam callers.  You could go to the website and see if they take android phones. I don’t pay for the service as mentioned in the article but I am satisfied with the reduction of calls.

Contrary to your article, Nomorobo is NOT free.  Free 1-month trial but only AFTER you sign up for a year. Then $1.99/month or $19.99/year. I thought I could trust Techlicious for accurate info and am disappointed that you misled us in this article.

We tested both the VoIP

We tested both the VoIP and iPhone services. The VoIP service is free. And, as we clearly state in the article:

On the signup page in the iOS app, you’re provided with clear instructions on how to cancel your subscription during your free 30-day trial - before you’re ever charged.

You’re right! I missed mention in the article of the iPhone app charge.  My apologizes…my confidence in Techlicious restored!

I wonder if the paid version of NoMoRobo actually tries to block all robocalls - or if it works like the “free” landline version where they have ONE specific spammer that they choose to give a free pass.

Does nomorobo work to fend off “tech support” scams from overseas call centers that seem to disguise their numbers?  Kudos to the providers of this service.

Nomorobo uses a combination of existing lists spam lists and pattern detection algorithms to block robocalls, even if the numbers are disguised as something else. If may not catch 100% of the calls, but in our experience, it’s come pretty close.

I have VERY mixed feelings about NoMoRobo

I have VERY mixed feelings about NoMoRobo.  It is the only option realistically available for my home phone and they do seem to block SOME robocalls (including a few that shouldn’t be blocked).  Unfortunately they are absolutely totally and completely either unwilling or unable to block calls from the scammers that used to call themselves Card Services and now use several names and several different pitches for exactly the same credit card scam.
I’d like to think that this was just a case of this one scammer being smart enough to figure out how to beat NoMoRobo 100% of the time.  I’d like to think that, because otherwise I would have to believe that NoMoRobo is actively working together with this scammer.

I really would like to believe that this is just a case of one crook being smarter than NoMoRobo but I can’t!  The reason that I can’t believe this is because if one bunch of crooks had figured out a way to beat NoMoRobo, they could have made more money by selling their technology to other scammers than by keeping it to themselves.
Despite the different scripts, I KNOW that this is ONE scammer because it is always the same credit card scam and because they use a different spoofed Caller ID for each call but ALWAYS use a number ending in 5117.  I get one or two calls from this same scammer every single day—I get any other robocall maybe once every couple of months—so NoMoRobo is doing a good job of blocking almost all OTHER robocalls and is clearly choosing to deliberately not block only the infamous Card Services scammer.  I have to wonder just how much “Card Services” is paying NoMoRobo for that free pass.

I think you're way off base

There could be a number of reasons why certain robocallers are getting through, and stopping these guys is an endless game of whack-a-mole. But to suggest Nomorobo is being paid to let one specific robocaller get past the blocking is just absurd.

Nomorobo has a reporting service where you can report calls that get through: http://www.nomorobo.com/report. Have reported these missed calls to help Nomorobo identify them in the future?

Also, have you tested your home phone through the Nomorobo dashboard to make sure you have it set up correctly: http://www.nomorobo.com/phone?

I keep getting 9 digit phone numbers calling my landline several times a day ... I do not answer theses calls at all they only have a 9 digit number, my provider provides a privacy manger but it has to be a 10 digit phone number , NOMOROBO does not block 9 digit number either and I’ve now found NOMOROBO 90% useless and I don’t want to have to report 11 different 9 digit numbers daily ...I’m better off not having a phone period

There is a business that calls me regularly and always bypasses your system claiming that they have a business relationship with us—even though the don’t. Please strengthen the warning to not to bypass your system unless we really do have an existing business relationship. Also there is a telemarketer with dozens of phone numbers all starting with 718-540-****. Why can’t we block entire exchanges?