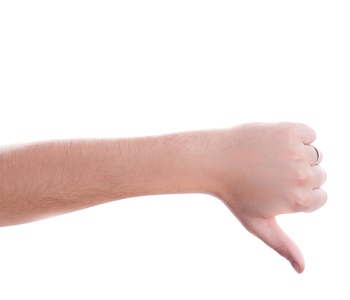 The most objectionable thing you can do on Facebook is share a picture of someone’s child without the parent’s permission, or so says a new Pew Research Center survey on the social network.

The poll, performed by Pew’s Internet & American Life Project arm, surveyed 960 Facebook users and 345 Facebook users with children under age 18 about what they like and dislike about the social network. The most disliked aspect of Facebook by far: 57% of parents “strongly dislike” when people post photos of their children without permission, with another 15% saying they “somewhat dislike” the practice.

The survey also shows that parents especially are worried (27%/16%) about “people seeing posts or comments that you did not intend for them to see.” Thankfully, reviewing your Facebook privacy settings can help mitigate these concerns.

For more on the Facebook study, check out Pew Research Center’s blog entry on the topic.

The biggest reason Facebook will never be an integral part of my life is the fact that they continuously change the security settings so that they can sell your information.  My right to privacy is more important then a few updates from people I don’t normally interact with on a daily, weekly, monthly or yearly timeframe.  Those who are important to me, I am in touch with, the rest, it may be nice knowing what is going on in your life, but it is NOT imperative to give up safety/security to do so.

TMI? Not the worst on FB!

I totally agree that I e should never publish a photo of someone else’s child, but I sure don’t think people are really bothered by too much personal info.  One either reads it or not.  If I were surveyed, & I was not (was anyone, really?), I would say that I resent all the political junk, all the really ridiculous & maligning comments towards those in power, & maybe it’s my age, but 4 & 7 letter explicatives, do NOT belong on my page.  Yes, I delete them as they come, but I shouldn’t have to.  Manners, people!

Hey guys I completely agree with the polls on this one. If I had a child & someone would publish his/her picture without asking me first, I would probably go crazy & really mad!