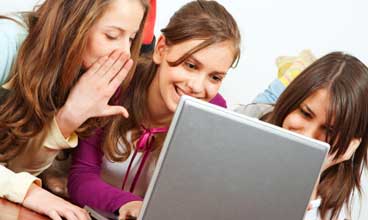 Recently there have been many reports that Facebook was testing ways of opening up its doors to younger members. As Facebook stands now, the prospect of introducing it to my tween daughter is unsettling.

I'll need to impress upon her that everything she posts will be out there forever. And she will be exposed to other kids', and potentially adults', inappropriate posts. In essence, I need to teach her how to be an online adult.

Despite Facebook's terms-of-service agreement, which prohibits accounts for those under 13, it's actually more common than you'd think—a whopping 7.5 million children according to a Consumer Reports study. And I know that if I wait too long, my daughter will learn everything about Facebook from her friends, rather than me. A scary prospect given what I've seen so far from her gaggle of 10- and 11-year-old girls.

I don't have to wait for Facebook, though. There are good social media sites already out there that were developed just for kids and tweens. The good ones are COPPA (Children's Online Privacy Protection Act), compliant, which means they regulate how much personal information they ask from your kids. They also require a parent account or for parents to verify that they are who they say they are via a one-time credit card verification (typically requiring a $1 fee)—a good step toward keeping your kids safe. 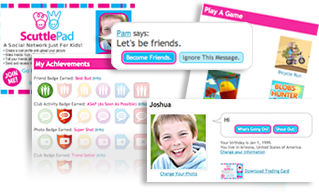 For a child's first social networking experience, I like Scuttlepad. Kids can post photos and videos and chat with other members, but the content is carefully screened. For photos and videos, each is manually approved. And written communication is limited to a list of predefined and approved words to combat cyberbullying.

When your child is ready to move up to open communication, you should check out Kidsocial. Its focus is on real-world friends, like Facebook. Each user receives a friendship code to share with a real-life friend to connect on KidSocial, and both sets of parents have to approve the friendship online. In addition to posting updates and sharing photos and video, kids can play games, watch videos and listen to movies. All of the streamed content is filtered. 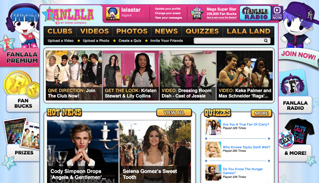 Just before the leap into adult sites, your child might be interested in Fanlala. The focus there is on teen celebrities, music, TV shows and movies. The site even has its own web series and specials. A parent must open an account and verify the child's age with a $1 parental credit card validation. Kids can friend another child by sending a request through email or by visiting a child's public profile page and clicking on the "Add Friend" button.

Parents can turn off the ability to upload photos and videos, post comments and accept friend requests. And all content — written comments, photos and videos — is screened manually before they go live.

So would you have your child use one of these kid-friendly social networking sites or would you give Facebook a try if it welcomes tweens?

How can parents help their children navigate through the social networking web
Facebook, Instagram, and Snapchat are some of the popular social media apps today. These apps changed how people communicate and engage in the Digital Age. However, stories about cyberbullying, sexting, and identity theft placed technology in a bad light. Parents are now more concerned about allowing their kids access to technology to protect them against these threats.

Limiting a child’s access to technology and social media may affect their growth as a digital native. Since they’re growing up in a tech-savvy society, parents need to prepare their children for a digital future. We’ve prepared a simple guide to help parents and their children navigate through social media.