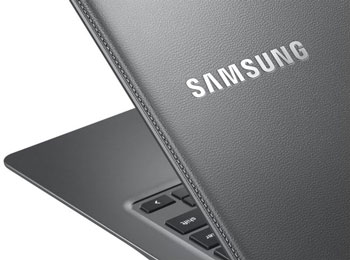 The new 13.3-inch Samsung Chromebook has a leather-like lid
and an HD display.

The cool new feature in these highly portable laptops is Samsung’s Exynos 5 Octa processor chip design. It splits tasks between larger core processors and smaller core processors where appropriate to conserve battery life. These processors aren’t the same ones used in Samsung phones and tablets – the Chromebooks run at higher speeds (1.9 and 2.1GHz) optimized for the larger displays. 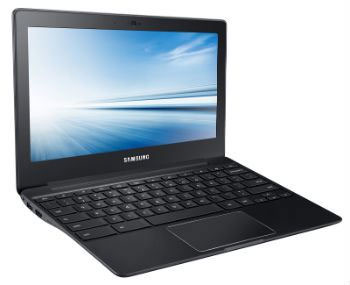 Techlicious’s Suzanne Kantra went hands-on with both the 11.6-inch Chromebook and 13.3-inch Chromebook, Samsung's first with a Full HD display,  and says the leather cover has a "nice textured feel – not plasticky." And though the underside does feel "slick," Suzanne says these are "nice, higher-class Chromebooks."