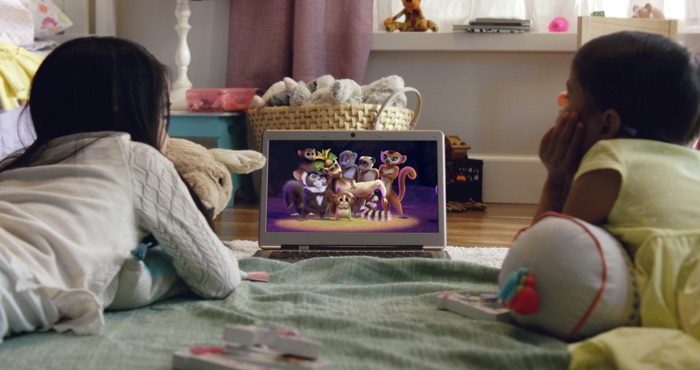 Whether it's because of social distancing, a quarantine, or local businesses and restaurants shutting down, you may find yourself desperate for entertainment that doesn't require you to leave the house. We recommend turning to streaming services, which offer something for just about everyone. The best part is that signing up for streaming doesn’t have to break your budget, as most streaming services offer a free trial for new users, and several of them are offering discounts or extended trials to help you make the most of your staycation.

We've rounded up a list of the best streaming deals out there, so you can take advantage of the one that's best for you. (Just don't forget to cancel before the trial expires if you decide it isn't for you at full price.)

Sling TV just started offering "Stay in SLING," a free service with 24/7 access to stream ABC News, FOX News, and local FOX News affiliates in major metropolitan areas (New York, Philadelphia, Chicago, Detroit, Washington D.C., Atlanta, Houston, Phoenix, Seattle, Los Angeles and San Francisco), as well as thousands of hours of free programming, including movies, kids shows and popular TV shows. There's no signup or credit card required, just head directly to the free Sling TV programming on your laptop or download the Sling TV app. In addition, both Sling Orange and Sling Blue, which are replacements for traditional cable service, are discounted this month, so you’ll pay $20 for either or $35 for both for your first month. Beyond the news, that gives you lots of entertainment options from the major networks, including Disney Channel, AMC, HGTV, USA, Bravo and more.

CBS offers live CBS News, its great original series including Star Trek: Picard, The Good Fight, and The Twilight Zone, and a big catalog of older CBS shows, like older Star Trek series, The Young & the Restless, and The Big Bang Theory.

Hulu offers current and recent-release TV, as well as a mixed selection of older series. It’s the best place to go for TV watchers. It also has a growing library of strong original series, like The Handmaid’s Tale. Combine that with its reasonable price (as long as you’re willing to watch ads), and Hulu is a great choice for TV fans.

Like the film festival that inspired the channel, Sundance Now is all about unique and independent film, TV shows, documentaries, and foreign films. If you’re looking for something off the beaten path, this is the place to get it — and an extended free trial lets you get a taste of it without committing.

Acorn is focused on British (as well as a mix of Australian and Canadian) drama and mysteries that aren’t always easy to find elsewhere. If you’re a fan of mysteries (or British accents), this is the streaming service for you. Plus it’s offering an extended 30 day free trial right now, so you have plenty of time to investigate before you have to pay.

Start is primarily a movie network, with a broad selection of recent films. Its catalog isn’t quite as strong as HBO’s, but it offers a lot of variety for a lower cost. There are also some strong original series that you’ll only find on Starz, like Outlander and American Gods.

Apple TV+ only has a small library — a very small library — but what it does offer is pretty strong. Its original shows can only be found on Apple TV+, and they feature some of entertainment’s biggest names, like Amazing Stories (Steven Spielberg), Oprah’s Book Club, and The Morning Show (Jennifer Aniston, Reese Witherspoon). And though it’s a network that isn’t designed for kids, it includes Helpsters, a kid-friendly show by Sesame Workshop that teaches critical thinking and pre-coding concepts.

Netflix is the original streaming service, and still one of the best. Its strength is its wide array of content, with movies, TV shows, documentaries, reality TV, and lots of originals. Netflix has a larger library of original content than you’ll find anywhere else, and if you want to watch shows like Stranger Things and The Crown, it’s the only place to go. If you’re just subscribing to one service, this is our recommendation because of how much content it has.

Amazon offers a wide range of movies and TV shows, with more recent content — both TV and movies — available at a cost. Its library of original content is all quite good, if not yet quite as varied as what Netflix offers. But still you’ll enjoy strong series like The Man in the High Castle and The Marvelous Ms. Maisel. This service is an easy add to your streaming lineup if you’re an Amazon shoppers since Amazon’s Prime subscription includes it. But even if you aren’t, the amount and variety of content makes Amazon Prime Video is our second choice service.

HBO has a fantastic selection of recent run movies — probably the best you’ll find outside buying or renting new releases. But it also sports some of the best original content you’ll find streaming, with a regular stream of new series to hold your attention, like Westworld and The Plot Against America. While HBO isn’t exactly kid-focused, it is home to nine years of Sesame Street as well as new episodes.

CBS All Access is the place to be if you’re a fan of any CBS series. It streams your favorite CBS shows both. And if that isn’t enough, it also sports some original series that you’ll only find on All Access, like Star Trek Picard and The Twilight Zone. If you’re a fan anything in the CBS catalog, this could be the only place to watch.

Disney’s huge library of animation and kid-friendly entertainment — including Frozen 2, which was just added to the lineup — makes this a service a great choice for families. Disney And for everyone else, it’s the only place to find Star Wars and Marvel movies streaming, with original series that make it worth at least a brief subscription even if you’ve seen everything else.

Happy streaming! If you want more options for free content, check out our story on how to watch movies and TV shows for free. And if you're looking for ways to add streaming to additional TVs (or even an old computer monitor), read our story 5 Easy Ways to Get Netflix & Other Video Streaming Services On Your TV.

Streaming services without locals are a deal breaker for me! I have no interest in putting up a digital antenna!

For Prime Video, it is