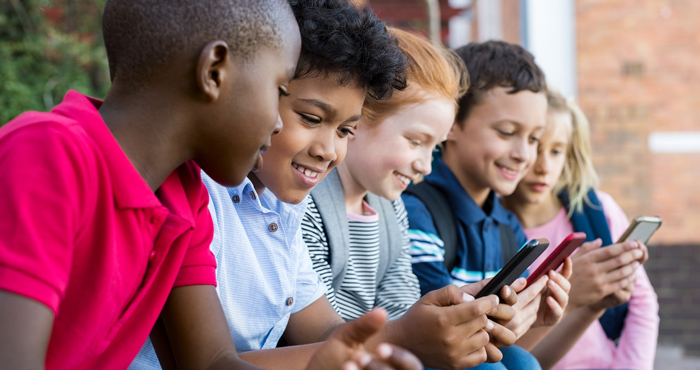 Childhood has changed. As computers, tablets and smartphones have become more common, we all know that our kids spend a lot of time staring screens. What we don't know is whether that's good or bad for them. While some research has been done, the results are mixed — which is why scientists at the National Institutes of Health have kicked off a massive study to learn what kind of impact technology has on children's development.

The study will follow 11,000 kids aged nine and ten over the next ten years, doing annual brain scans to monitor their development. The early results are already interesting: initial scans of 4,500 children shows that kids with more than seven hours of screen time per day show premature thinning of the outer layer of the brain. That's something that naturally happens as kids grow up, but kids with a lot of screen time show it earlier.

The jury is out on whether that's actually a bad thing — and whether it's even caused by too much screen time. Until there's more data, researchers can't draw clear conclusions. Researchers should be able to answer some of parents' questions in the next few years, but we won't know the full long-term impacts of screen time until the study plays out.

But today's parents don't have the luxury of waiting for the study results to come in. The American Academy of Pediatrics offers clear guidelines for young children. According to the AAP, children under 24 months need hands-on experiences to develop, so they should have little to no screen time. Kids from two to five years can use screen time to start learning, as long as they're watching quality programming and playing with proven educational apps. Still, pediatricians say preschoolers shouldn't have more than an hour of screen time a day.

Yet the AAP doesn't have any fixed rules for older kids and teens, who are the focus of this study. According to pediatricians, there simply isn't a one-size-fits-all solution to older kids' media use: instead, it's up to parents set up a family media plan makes sense for the developmental level of their kids. Parents should aim to set sensible limits for their children that makes screen time part of their day rather than all of their day.

A big part of that is keeping tabs on your kids' digital media use — and there are some great tech tools to help busy parents out. Parental control tools let you see what your child is spending time on, limit their access to certain apps or content, and set specific limits on screen time. Both Android and iOS have settings that help parents monitor smartphone and tablet use, Amazon has had a parental control platform for years, and cellular carriers all have their own parental control options. Check out our article on managing screen time to learn more about everything that's available.

Hopefully, we'll see results from the study sooner rather than later. But in the meantime, there are plenty of parental control tools that can make it easier to set and enforce your own screen time rules.