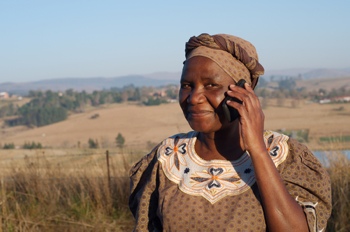 Much of the recent growth in Internet proliferation has happened
in Africa thanks to mobile devices.

An estimated 3 billion people – or 40% of the world population – will have access to the Internet by the end of 2014, a United Nations International Telecommunications Union report reveals.

According to the UN data, Europe has the highest rate of Internet proliferation at 75 percent, while only two-thirds of those living in the Americas have Internet access. The report does not specify the percentage of U.S. households that have Internet, though a 2012 report by the U.S. Census puts the rate at 74.8%.

The biggest strides in connectivity have been happening in Africa. In 2010, only 2% of Africa was connected to the Internet. That number is expected to reach 20% by the end of the year. Much of that growth is owed to mobile devices, which have become critical communication tools on the continent.

For more on the UN report, visit the UN News Centre.