Vulnerabilities Found in Most Processors Put Your Data at Risk 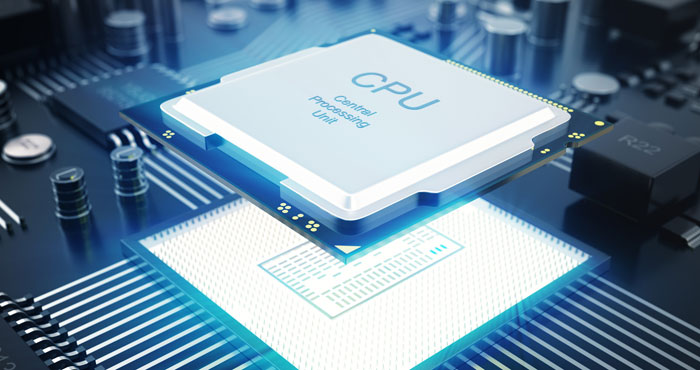 We’ve grown accustomed to keeping our computers and smartphones updated with the latest software and security patches. But newly discovered processor vulnerabilities may put all of your personal data at risk, whether it’s on your PC, Mac, smartphone, or even a cloud storage service. Neither of the two vulnerabilities, dubbed Meltdown and Spectre, are new problems. They’re issues that have lurked in computer processors for years, going unnoticed until security researchers realized hackers could use them to steal your data.

But don’t panic. While these are both very serious vulnerabilities, there’s no evidence that hackers have used them to steal data — yet. Software companies are already rolling out patches to address these problems, so it’s important to update your system immediately to stay safe.

Meltdown is an issue specific to Intel computers (which covers about 90% of computers), and both Apple and Microsoft have rushed to provide security updates. (Major cloud storage providers, including Amazon and Google, have already rolled out fixes on their servers, so you’re safe there, too.) If you don’t have your system set to automatically download and install security updates, be sure to check for updates manually:

Once you’ve updated your operating system, be sure to turn on automatic updates so you get future security patches without having to download them yourself. Next, you’ll want to update your anti-virus software and be sure you’re running the latest version of your web browser, both which can keep you safe from dangerous files that might use these exploits. The latest versions of Firefox, Internet Explorer and Edge address these vulnerabilities, and new versions of Chrome and Safari are coming soon.

However, fixing Meltdown isn’t painless. Patching the vulnerability is essential, but it could cause serious system slowdowns, with the New York Times saying patched systems could be as much as 30% slower. Intel and Apple both downplay the slowdowns, saying you shouldn’t see your computer’s speed drop significantly after applying patches. But regardless of which is true, if you value your personal data, there’s nothing to do but apply the patch and hope for the best.

But fixing Spectre may not be so simple. It’s a design flaw found in most modern processors, regardless of who manufactured them or what they’re used in. That’s bad news for anyone with a computer, smartphone or other mobile device — all of which are likely affected by Spectre. There’s no fix for this problem yet and we may not see one until chipmakers redesign their processors — which could take years. However, that doesn’t mean it’s time to throw in the towel on system security, as software makers are scrambling to find a solution.

For both issues, be sure to keep checking regularly for updates to your operating system — including on your smartphone or other mobile device — and other software, as companies are continuing to roll out fixes in the coming days.

Don’t you think it would have been better to publish this AFTER there were fixes/patches for ALL computers and operating systems?  Now the hackers know of another way to steal into and could put that to use before everyone is protected against them.

This issue is no secret to hackers

Everyone in the tech world is aware of this issue, including potential hackers. We’re letting you know so you can take the steps necessary to protect yourself. And patches are available now for most people.

This is one of the best articles I have come across. Keep up the good work. https://shareitfrpc.com/

Error message says the updater isn’t running so it can’t provide updates.  Chatter on the internet is that Microsoft has mistakenly changed the expiry date and nothing can be done until they fix it.  Please address this.