Will CISPA Let the Government Spy on You?

You may remember back in January when countless sites across the Web, including Internet giants Google, Wikipedia, Mozilla, Reddit and WordPress, voiced their opposition to the SOPA (Stop Online Piracy Act) and PIPA (Protect IP Act) with blackouts and messages urging users to tell congress vote against these bills.

While the bills were designed to help shut down overseas websites that traffic in pirated and counterfeit goods, opponents claimed that these bills were too broadly written and could be used to hurt legitimate websites, stifle innovation on the Web, suppress free speech and create a wall between the U.S. and the rest of the world.

SOPA and PIPA were stopped largely because of the uproar put up by privacy groups, technology companies and regular people. 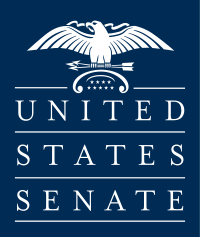 But now, the issue of privacy has sprouted up again—this time in conjunction with a bill called the Cyber Intelligence Sharing and Protection Act, or CISPA, which passed through the House last week and now will be heard by the Senate.

The bill was introduced by U.S. Representative Michael Rogers (R-MI) and aims to protect American government agencies, companies and individuals from cyber attacks, particularly those coming from countries such as China, Russia and Iran.

While that sounds all well and good, the way the bill is worded it would allow companies like Facebook and Google to send personal user information to the government that could be used to look for suspicious activity. So imagine you’re doing research or you’re just curious and you watch a video on YouTube or buy a book at Amazon about Islamic terrorism and the principle of Jihad. Does doing so put you on a watch list for terror suspects?

According to Rainey Reitman, activism director for the Electronic Frontier Foundation, CISPA is a civil liberties nightmare.

“The biggest problem with this bill is the drafting that includes language that, notwithstanding any other law, lets companies disregard long-held balanced privacy laws that were put in place to protect the privacy of Internet users,” she told Techlicious.

“When we create a situation that lets companies completely disregard those laws and creates no incentives for them to protect individual privacy, we’re left with a situation where the government has this back door wire tap, a mechanism for collecting information on individual Internet users without ever having to go to a judge. That is the major concern that civil liberties groups have been voicing for some time now and which Republicans in the House just did not want to hear,” she said.

Even so, many companies support CISPA. The reason? They want to be better informed about security threats.

CISPA proponents such as Dean Garfield, president and CEO of the Information Technology Industry Council, says nearly all of the data breaches that take place on the Internet are breaches of people’s personal information, and that CISPA would actually protect people’s personal data.

He also maintains that CISPA doesn’t mandate that companies give the government information, but that doing so is voluntary.

Reitman and Garfield debated the issue last week on a San Francisco radio show that you can hear here.

As for the future of CISPA, the bill will be picked up in the Senate sometime in May, although what will likely be heard first is a bill cosponsored by Senators Joseph Lieberman (I) of Connecticut and Susan Collins (R) of Maine and backed by the Obama administration; it supports evading and mitigating cyber threats by putting security mandates on utilities such as nuclear power plants.

The EFF’s Reitman worries that if the Lieberman-Collins bill passes in the Senate and the House has passed CISPA, what may eventually result is hybrid legislation that includes the worst aspects of CISPA.

“It is vital that between now and the votes taking place on Lieberman-Collins as many people come forward as possible and speak out about the civil liberties issues,” Reitman says.

The Senate is currently on recess but will resume May 7.

Though I don’t completely understand this, the fact that this policy interfers with our privacy…!If there are petitions to be signed or letters to be written, I would gladly join…the government is way to cozy as it is…

My, God…this is a move toward a fascist state. Remember,when Corps/Gov’t come together. Orwell said it well, this is big brother watching our every move. I’m an Independent and I blame Obama as much as everyone else for subjecting our citizens to this outrageous attack on our traditional liberties. CISPA has to be defeated!

That our legislative branch and executive branch of government are colluding to pass a bill that on the surface appears to have good intentions but contains loopholes for abuse is just politics as usual. It is high time the American voter wise up and throw the bums out. Mark Twain once wrote that Politicians an Diapers should be changed often and for the same reason.

You cannot trust Republicans or Democrats and often Independents and other political parties are former members of the first two who didn’t get to run the show and created/joined a third party with aspirations to be the big cheese.

So back to the first paragraph, throw the bums out every election. Do not vote for an incumbent ever and then nobody will have power long enough to totally screw all the sheep. Nobody goes to Washington on lofty ideals. No matter what they say when campaigning, they go for the power and the money they get when they leave.

CISPA the Cyber Intelligence Sharing and Protection Act if signed into law will allow——the military and NSA warrant-less spying on Americans’ confidential electronic Communications; any transmitted private information circumventing the fourth amendment. CISPA will allow any self-protected cyber entity to share with the Feds any person’s private information that might allegedly relate to a cyber threat or crime. Considering the U.S. Government’s current business relationship with telephone and Internet companies, it should be expected the feds would use CISPA to gain unprecedented access to lawful Americans’ private electronic communications. Almost every week news media reports corrupt police arrested for selling drugs, taking bribes and perjury. It is foreseeable that broad provisions in CISPA that call for private businesses / cyber entities to share among themselves and with Spy Agencies confidential information will open the door for corrupt government and police to sell a corporations’ confidential information to its competitors, foreign government and others. CISPA provides insufficient safeguards to control disposition of (shared) confidential corporate / cyber entity information, including confidential information shared by spy agencies with private entities derived from spying on Americans.
The recent House Passed Cyber Security Bill overrides the Fourth Amendment. Government may use against Americans in Criminal, Civil and Administrative courts (any information) derived from CISPA warrant-less Internet spying.

CISPA will open the door for U.S. Government spy agencies such as NSA; the FBI; government asset forfeiture contractors, any private entity (to take out of context) any innocent—hastily written email, fax or phone call to allege a crime or violation was committed to cause a person’s arrest, assess fines and or civilly forfeit a business or property. There are more than 350 laws and violations that can subject property to government asset forfeiture. Government civil asset forfeiture requires only a civil preponderance of evidence for police to forfeit property, little more than hearsay.

CISPA (warrant-less electronic surveillance) will enable the U.S. Justice Department to bypass the Fourth Amendment, use information extracted from CISPA electronic surveillance) of Americans’ Web Server Records, Internet Activity, transmitted emails, faxes, and phone calls to issue subpoenas in hopes of finding evidence or to prosecute Citizens for any alleged crime or violation. If the current CISPA is signed into law it is problematic federal, state and local law enforcement agencies and private government contractors will want access to prior Bush II NSA and other government illegally obtained electronic records to secure evidence to arrest Americans; civilly forfeit their homes, businesses and other assets under Title 18USC and other laws. Of obvious concern, what happens to fair justice in America if police become dependent on “Asset Forfeiture” to help pay their salaries and budget operating costs?

Note: the passed “Civil Asset Forfeiture Reform Act of 2000” (effectively eliminated) the “five year statue of limitations” for Government Civil Asset Forfeiture of property: the statute now runs five years (from the date) police allege they “learned” an asset became subject to forfeiture. If CISPA takes affect, allows (no warrant) electronic government surveillance of Americans, it is expected CISPA will be used by government not only to thwart cyber threats, but to aggressively prosecute Americans and businesses for any alleged crime: U.S. Government spy and police agencies; quasi government contractors for profit, will relentlessly sift through Citizen and businesses’ (government retained Internet data), emails and phone communications) to discover possible crimes or civil violations.

A corrupt U.S. Government Administration too easily use CISPA no-warrant-seized emails, faxes, Internet data and phone call information) to target, blackmail and extort its political opposition; target any Citizen, corporation and others in the manner Hitler used his Nazi passed legislation that permitted no-warrant Nazi police searches and seizure of Citizens and businesses or to extort support for the Nazi fascist government. Hitler Nazi Laws made it possible for the Nazis to strong-arm German parliament to pass Hitler’s 1933 Discriminatory Decrees that suspended the Constitutional Freedoms of German Citizens. History shows how that turned out.

CISPA warrant-less electronic surveillance) has the potential of turning America into a Fascist Police State.