posted by Christina DesMarais on August 26, 2013 in Guides & Reviews, Computers and Software, Software & Games, Back to School :: 5 comments

Everyone uses Microsoft Office. The problem is, it's expensive—starting at $140 for a single computer license or a whopping $99 a year under Microsoft's new subscription plan. But if you're upgrading to a new computer or buying one for a child heading back to school, you may not want to put out that much cash.

And you don't have to.

There are alternatives to Microsoft Office that provide many of the most commonly used features of Word, Excel and PowerPoint at a much better price—free. And unlike older Office alternatives, such as OpenOffice, the new online office suites from Apple, Google and Microsoft, too, will work on your Android and iOS devices, as well.

Here's how the big three stack up.

A beta version of Apple’s iWork—a suite of apps called Pages, Numbers and Keynote for creating documents, spreadsheets and presentations, respectively—is now integrated into iCloud, Apple’s cloud storage service. It lets you create and edit documents using Safari, Chrome or Internet Explorer on your PC or Mac and then access and edit them from your iOS devices, as well as vice versa.

While you used to have to pay for iWork, code discovered in iOS 7, which may be released next month, suggests Apple will give iWork away for free. If so, Apple joins the ranks of Google and Microsoft, both of which have had similar free web app offerings for a while.

iWork for iCloud predictably feels markedly “Applesque” and smacks of simplicity. Compared to Google's and Microsoft's suites of apps, Pages (word processing), Numbers (spreadsheets) and Keynote (presentations) are much less complex, with fewer features wrapped up in simple, intuitive—even beautiful—interfaces.

That said, it only lets you email documents to others whereas Google Docs and Microsoft Office Web Apps have excellent collaboration features that let others edit files (if you let them) while keeping the shared document updated with everyone working on it in real time. And, it doesn't work on Android devices. 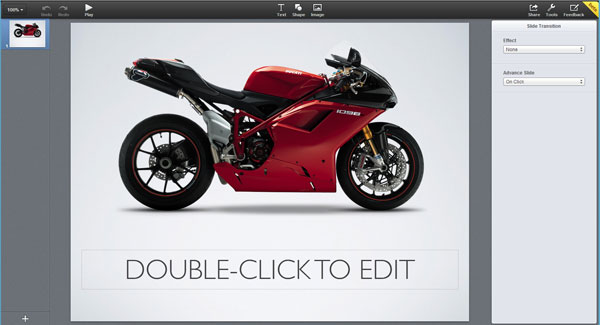 If you're heavy users of Google's products, it might make sense to continue doing so. I have an Android phone, use Google Maps all the time, prefer Hangouts to Skype and use Google+ pretty often. I like how these products work well together so I tend to opt for Google products when I can.

Google Docs is no exception. It comes with the most generous number of free fonts and templates for word processing and presentation docs, it supports simple charts in the spreadsheet program (unlike Microsoft Office Web Apps) and autosaves your documents. Google also gives you 15GB of free storage with Google Drive, which is the most generous of the three. 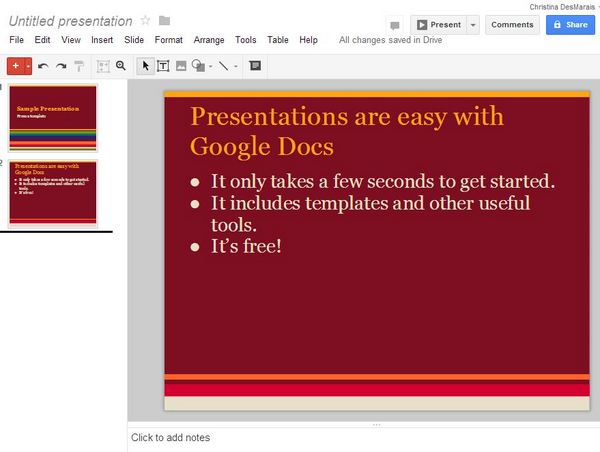 If you're accustomed to using Office on your desktop the Microsoft's suite of web apps will feel very familiar. The online version of Microsoft Word, for example, looks almost exactly like Microsoft Word 2013 which is installed on my computer, although it's less busy on top, indicating it has slightly fewer features. Office Web Apps also works seamlessly with the full versions of the Office products, which will may be important if you need to work with Office docs.

Of the three choices, Office Web Apps is the only one that works on Windows Phone and gives you the most flexibility in terms of choosing inexpensive upgrades to storage. Plus, the SkyDrive interface is better than Google Drive—it’s clean, modern and easy to figure out. 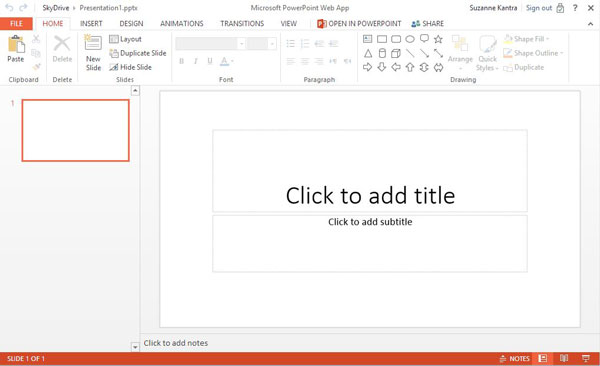 Still on the fence? Here are more differences between the three.

At the end of the day it’s all good news for you. Not only are they all free, they all let you access and edit your files from anywhere you have a data connection. Your best bet is to choose the one that is connected to services you already use.

I have an Android phone and just purchased the Samsung 10.1” tablet to replace my aging laptop.  The one sticking point for me is finding an app that does the work that Outlook does.  I’ve used it for so long that I’m quite accustomed to all the features-most especially adding a reminder to an email for follow up and searching/sorting messages.  Any suggestions?

Thanks for the article, I didn’t know Google offered 15GB in their cloud system ad I’ve been wondering which to use so that I can access documents from all 3 devices.

I am using LibreOffice on my Macbook Pro since upgrading to the latest OSX on which the older version of MS Office was not supported.

TY for the Info! It was a lifesaver!

I needed something to suffice until I can order a newer version of Word, Excel, etc! TY for the info about LibreOffice!! I have an older MacBook that’s running OS 10.7 and it will no longer let me use my 2004 version of Word(This may sound strange, but all my basic needs were met with that version!) I’m willing to upgrade, but who knows…all my Word docs opened with LibreOffice just beautifully!

And… I don’t need an Internet connection…just as if I had Word!

And when you have no connection?

Which of the cloud suites do you recommend using when you have no internet connection?