Getting Started with Google Cardboard 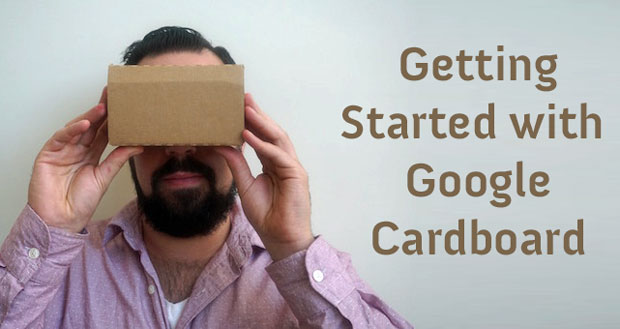 Even a few years ago, experiencing virtual reality seemed out of reach for most people. Virtual reality was something ordinary people only used in the movies. But thanks to Google’s creation of Google Cardboard, you can get your first virtual reality experience for a few dollars by buy purchasing a viewer for use with your smartphone.

What is Google Cardboard?

Google Cardboard offers an introductory virtual reality experience in the form of a simple fold-out cardboard holder for your smartphone. The device secures your phone in place in front of two lenses. You then hold the viewer up to your face while looking through the lenses at specially designed smartphone apps. Now, you’re seeing images in 3-D and by making use of your phone’s built-in motion sensors, the image tracks with your head, giving you a virtual reality experience. And with Google’s recently added spatial audio support, you’ll also experience more immersive sound.

Google doesn’t make many of the devices referred to as Google Cardboard; instead, it puts its stamp on a number of inexpensive devices made by other companies. Prices vary according to the size of the phones they work with, construction materials, whether they come with head straps, whether they offer ways to interact with VR apps, and whether they pair with both IOS and Android phones. 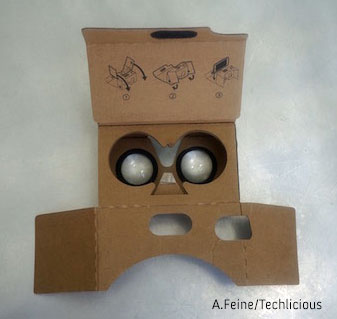 I reviewed a Minkanak Google Cardboard Kit V2 ($19.99 on Amazon) that includes head straps and fits up to a 6-inch phone (that’s even bigger than an iPhone 6 Plus). The Minkanak is a perfect VR starter — affordable, compatible with iPhone and easy to assemble.

The Minkanak kit comes with step-by-step instructions printed on the cardboard itself as well as a separate manual sheet that includes a QR code leading to an assembly video. In about three steps, our reviewer was able to fold it together (the lenses are already embedded), secure the headset straps and mount the phone. The Minkanak comes with a QR code for some free apps. Since Google is the force behind the Cardboard platform, there are currently more app options for Android than iOS; however, iOS options are growing, and you’ll find more than enough apps to get you started. Cardboard-compatible apps are easy to find on both the iOS and Android platforms with a simple Google search. Check the compatibility of each app in the description section of iTunes or Google Play.

So what can you actually do with a Google Cardboard system? Although mobile apps for Android and iOS users remain somewhat limited, it’s possible to find a number of fun games and other immersive virtual reality experiences at little or no cost. And there are a lot more apps on the horizon. I checked out a number of free VR Cardboard apps on the iOS side. These were my top picks. 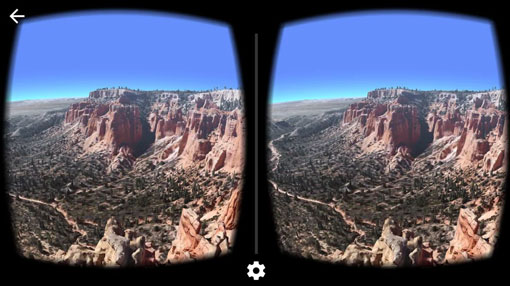 The simple, straightforward Cardboard app allowed me to explore the streets of Paris through a version of street view that got close to shops, streets, monuments and people. It also allowed me to explore a museum-style dinosaur bone exhibit. It’s not the most complex app, but it’s a perfect way to get an idea of what VR looks and feels like. The app includes tips for setting up your Cardboard Viewer, if you need help with that. 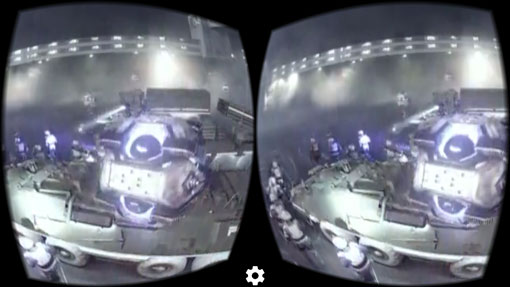 VRSE is a fantastic app for experiencing different elements and journeys of VR by pairing the visual experience with an audio one. See and listen to some concerts including Muse and U2. While watching the Muse concert, I had the sensation of being in the middle of the creation of a Muse music video. The band played up close and personal, but as a viewer, I also felt part of a military-style exercise taking place at the same time. With U2, I enjoyed a front-row experience. In a totally different experience, I was creeped out by “Catatonic,” a first-person, narrative-style experience that showed me being committed to a mental health institution, surrounding me with dim lights, gloomy music and scary characters. I was able to experience VR with sight, sound and intense feelings with this app. 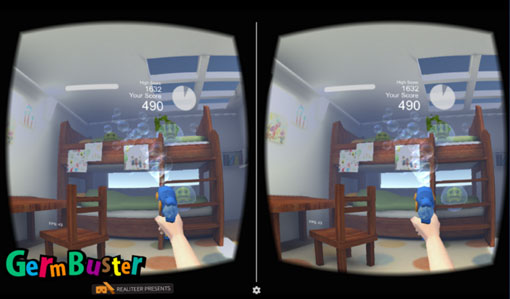 For maximum impact, pair this app with a RealTrigger (free to download and assemble http://www.realiteer.com/build-realtrigger), which allows you to aim and shoot bubbles to kill germs with a virtual bubble gun. This visually simple app is kid-friendly, with physical interaction that can keep them occupied for hours. I’m an adult, and I played for about an hour. 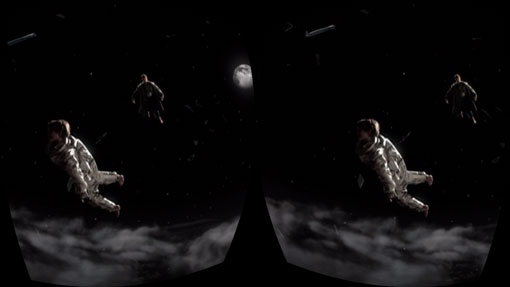 You know when The New York Times pushes 1.1 million cardboard VR viewers to the masses that it’s looking to get some attention. In this case, the attention’s on its new app, which adds a completely new dimension to the newspaper’s groundbreaking journalism by immersing viewers into scenes and stories from around the world. The headlining VR experiment is a short film called “The Displaced,” which follows three refugee children coming to America. I thought the app was clean-looking and editorially smart, and the VR experience really made me feel like I was there and part of a new form of storytelling. Check this one out with a box of tissues. 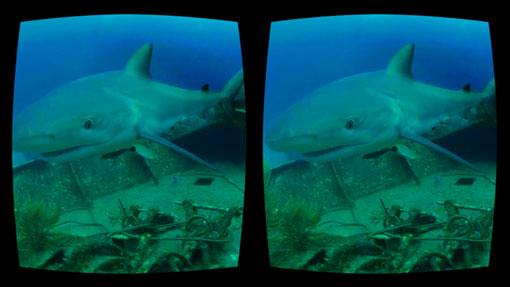 Every time I watch the Discovery Channel, I wish I could feel what it’s like to swim next to sharks or trek through the woods with Survivorman. With this new VR app, I definitely had more of those sensations. I had the chance to view and immerse myself in experiences that included space, water and the woods. I gave this app to a group of kids from 8 to 11 years old to try out as well. I had to pry it out of their hands.

Stepping it up from Google Cardboard

The business infrastructure for virtual reality has been building for some time now. “As we continue to make the analog to digital transition, VR developers are looking to expand their reach to the broader marketplace,” said Shawn DuBravac, chief economist and senior director of research at the Consumer Technology Association. “We are still in the experimental stages right now and things need to be explored, but Google Cardboard is a great introduction and will provide people with what they are looking for.”

As in any other emerging industry, competition is fierce. Set to launch in the first quarter of 2016, the Oculus Rift by Oculus VR is what many say is the tops in VR technology. VR connoisseurs expect this device to be cushy, complex and detailed compared to the Google Cardboard platform and viewers. The system is customizable to users and made with a more sophisticated level of construction than its competitors.

The Oculus Rift’s display technology combines with a tracking system the company says enables the “sensation of presence,” allowing users to feel immersed like never before. The company will include official Xbox One wireless gamepads with purchase. Purchase price will be $599, with shipping expected to begin in March.

Samsung too has jumped into the in the VR game (teaming up with Oculus) with its Gear VR headset, available now for $99. A strong display with a wide field of view and precision head tracking make this a great mid-range VR option. While this headset is already considered a mainstream hit, it’s only compatible with select Samsung Galaxy smartphones. But it’s light, compact and comfortable, allowing for long VR sessions. This headset can also be paired with a separate Bluetooth controller to connect with the VR games Samsung expects to roll out in the future.

Sony Computer Entertainment is expected to release its PlayStation VR (previously known as Project Morpheus) in the first half of 2016. It features a 5.7-inch full HD 1920 x 1080 OLED display and a 100-degree field of vision. With a price as yet to be announced, this visor-style headset will pair with the PlayStation 4 gaming console and is expected to offer a ton of gaming options. This will be a VR option for gamers who want to feel as if they’ve stepped into the video game.

Virtual reality is set to make its way into everyday life. Fans who want the best VR can offer will get their chance starting this year; for the rest of us, affordable systems will let everyone get a taste of experiences beyond our imaginations.