Do You Need Antivirus Software for Your Mac? 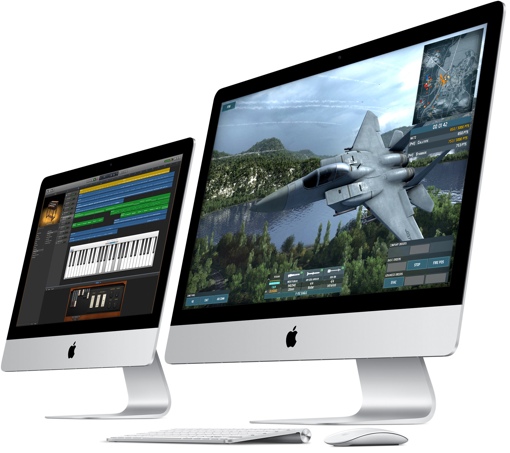 You should strongly consider protecting your Mac with a top-rated antivirus
program such as Bitdefender Antivirus for Mac ($39.99 for one year).

In the old days, things were simple for Mac owners. Computers running OS X didn’t get viruses or malware. It was far more lucrative for hackers to target PCs instead because there were so many more of them out there.

Today, a Mac that runs the OS X operating system is still far more secure than a PC running Windows. But that’s not to say Macs aren’t at risk. Apple dropped its “Macs don’t get viruses” advertising line two years ago following a high-profile botnet attack that infected over half a million computers. And, plenty of new malware threats have arisen in the meantime. Given the recent growth in OS X market share, the threats will keep coming.

Apple computers running OS X do have a default security program called XProtect built in. Unfortunately, testing has shown that protection to be quite unreliable. Thomas Reed over at Safe Mac ran a test of XProtect and found it failed to protect against many known malware programs – even older, well-known threats. If you don’t have a third-party security program running on your Mac, you’re definitely at risk for an attack.

Other threats to Mac owners

There are plenty of threats to your Mac beyond malware, too. Last week, Techlicious reported on a new computer bug affecting some Macs called Shellshock (Bash). If exploited, a hacker could execute a wide range of commands on your computer, effectively taking it over. Apple has since released a patch for OS X, which you can download directly from its website. Security researcher Greg Wiseman of Rapid7 warns, however, that the coverage that patch provides may be incomplete.

Another danger for Mac owners: Phishing attempts are on the rise. Thieves are getting increasingly clever with spoofing emails and websites, tricking even some of the most alert web users. Some crooks are using holes in Javascript to place their own webforms on your bank’s homepage. Many Mac security products will protect against these types of identity-theft attacks.

Earlier this year, the security researchers at AV-TEST put 18 different OS X security software offerings to the test, seeing how each performed against known threats. Here, BitDefender, GData, Norman and Microworld all come in with perfect scores, identifying 100% of the malware infections it was tested against. Avira (68.4%), Symantec (54.7%), Trend Micro (38.5%), McAfee (26.5%) and Webroot (19.7%) all scored the lowest detection rates of the bunch.

Bottom line: If you own an Apple Mac, you should definitely invest in solid Internet security protection. Personally, I like the simple-but-effective Bitdefender Antivirus for Mac 2015. It tests well across the full range of malware threats, protects against malicious links, scans quickly and seems light on my computer’s resources. You can purchase a one-year subscription to the anti-virus platform for $39.95 (or $59.95 for up to 3 Macs) through bitdefender.com.

MACS DO NOT GET VIRUSES, Mac OS X was built protected from the core of the OS. Other security issues, Apple will put out a security update, typically for the last 3-4 generations of Mac OS X. (Malware is not a virus.)

The only time a Mac could be susceptible to a virus is if Windows is installed on it, and only the Windows partition is susceptible.

The Bash “Shellshock” is something only affecting people who use their Mac as a Server or otherwise have Remote Login or Remote Access enabled, which it is not by default, so, you would know if you use it this way. Of note, one also has to have the Mac’s administrative password for this one. Apple has a patch for this.

Another thing people are wagging their tongues about out on the internet that supposedly affected 17,000 Macs comes through pirated software, so, we should know better than this.

I’ve owned Macs since 1998, in the rare times I’ve used anti-virus software, none are ever found, and I’ve never had a virus. As far as other security issues, Apple is pretty quick with security updates and I make sure to install these.

If you run a server and host other computers or a web page(s), then, yes, you should get virus protection so that, in the chance a windows virus is passed somehow onto your server, it does not get passed on to a windows computer accessing your server.

This article is obviously hosted by the makers of Bitdefender.

I am unsubscribing from Techlicious emails, I can’t recall when or why I subscribed in the first place.

First of all, let’s be clear – this post was not sponsored or influenced by Bitdefender in any way.

Secondly: In this article, yes, I admittedly used the terms malware and virus interchangeably. And I probably shouldn’t. A virus is a piece of replicating code; malware is a malicious computer program. There’s a distinction between the two. More importantly, though, there are similarities: Both are unwanted computer scripts generally intended to cause harm, steal data or extort money.

It’s undeniable that Mac OS X is vulnerable to malware attack. In 2011, the Flashback Trojan infected over 650,000 Mac computers. That’s a significant number. And just this past week, a new piece of Mac malware was discovered called Mac.Backdoor.iWorm. Apple has pushed a patch for iWorm, but as I explained in the article, these patches have been tested and are far from reliable.

I’ve edited the story above to reflect your valid concerns. My main point still stands: Macs are far more secure than PCs, but they’re not 100% safe. Thomas Reed of Safe Mac agrees: “Unfortunately, it may be time to advise that the average Mac user start using some kind of third-party anti-virus software, rather than relying on Apple to protect them.”

If you’re spending money on a Mac – already an expensive proposition as-is compared to a PC – it makes a lot of sense to protect it with an anti-virus (read: anti-malware) product, especially given the changing landscape of Internet threats. If there’s data you feel is important to protect, lock it down.

I used to use Macs

I used to use Macs in the day - they crashed constantly because of viruses (and/or poor design?).  Never had any probelems w/ PCs/Windows.  The Secret Service won’t let Obama have an Apple iPhone due to security concerns; he has to use a Blackberry.  Makes me wonder what the security flaws are and why the rest of us are using iPhones.

That is such a good point and kinda creepy how we’re all still on iphones till this daaaaaayyy!!! Are you still on on? :p

Spoken like a true fanboy. Why is it that when someone criticizes or points out something negative about Macs there’s always one of you who comes out of the woodwork and starts rambling?

And before you tell me I’m surely a Mac hater or Windows Fanboy, I must tell you that I’m writing this on, guess what, a Mac. I came here because NO SYSTEM IS SECURE, even if Apple claims it is.

I've used both PCs and Macs, for decades

“Truth,” you claim that you never had any problems with PCs or Windows, and that Macs used to crash on you all of the time.  I’ve used both for decades, and Macs win hands down in terms of performance.  In addition to this, my experience with PCs is that they are cheap machines that don’t last, needing to be frequently replaced, while the Macs continue to function at a high level long after their warranties expire.