I used to misplace things – a lot. So when Tile’s Bluetooth tracker launched in 2013, I became a huge fan. In the following years, I attached a regular Tile tracker to my keys, placed a Tile Slim in my wallet, and stuck a Tile Sticker on my son’s scooter. The Bluetooth tracking is great, but what makes Tile, and now Apple’s AirTag ($29), so powerful is that they make use of other tracker owners’ phones to locate lost items that aren’t in Bluetooth range.

Tile has its own proprietary network made up of people who have the Tile app installed on their phone and has sold more than 40 million devices. I live in New York City and the coverage is great here and other highly populated areas. However, every iPhone, iPad, and MacBook has Apple's own Find My tracking service installed (and most have it turned on), so the coverage for AirTag and other devices that use Apple's Find My network is much larger.

Apple doesn’t make a wallet-friendly tracker like the Tile Slim ($35), so you've been stuck with the compromise of either a chunky Apple device or the more limited Tile tracking network. But in June, Chipolo started shipping a slim tracker that’s compatible with Apple’s Find My network called CARD Spot ($35, check the price on Amazon). I purchased two CARD Spots in June and have been testing them in my and my son’s wallets since then. I found the Chipolo CARD Spot delivers one of the best wallet tracking experiences for iPhone owners. However, there are some durability and battery life issues to be aware of, which I'll get into below. 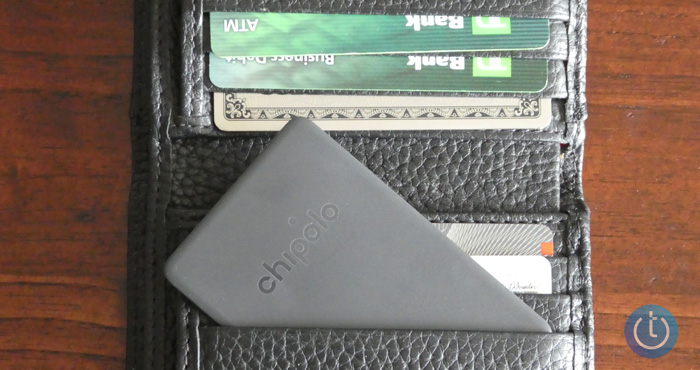 The card is made of plastic and has an IPX5 rating, making it splashproof (the Tile Slim is more waterproof with a rating of IP67, though still shouldn't be submerged). The fully-encased lithium-ion battery lasts one to two years and can’t be replaced, though neither can the Tile Slim. The AirTag battery is replaceable. (There is a new rechargeable wallet tracker that uses the Apple Find My network called Pebblebee Card that I just purchased for testing). To compensate, Chipolo offers a 50% discount on replacement devices.

The CARD Spot is not rugged. It receives 3.6 stars on Amazon and most complaints cite durability as an issue, especially if you put your wallet in your back pocket and sit on it on a regular basis. (The Tile Slim gets 4.6 stars on Amazon and doesn't have durability raised as an issue.) Not surprisingly, my son's CARD Spot didn’t fare well when it went through the washer accidentally. It came out cracked and pinging randomly. The CARD Spot I use lives in a wallet that I carry in my purse, and it’s a perfect condition. I expect I won't have any durability issues based on my usage.

Setting up the Chipolo CARD Spot

Setting up the CARD Spot with Apple’s Find My app took about one minute. You open the app, tap the plus mark, and select “Add Other Item.” It took just a few seconds to find the CARD Spot. You can then name the device and select an emoji to represent your CARD Spot on the Find My app map. That’s it. For comparison, with Tile, you need to download the Tile app and set up an account for Tile’s trackers. 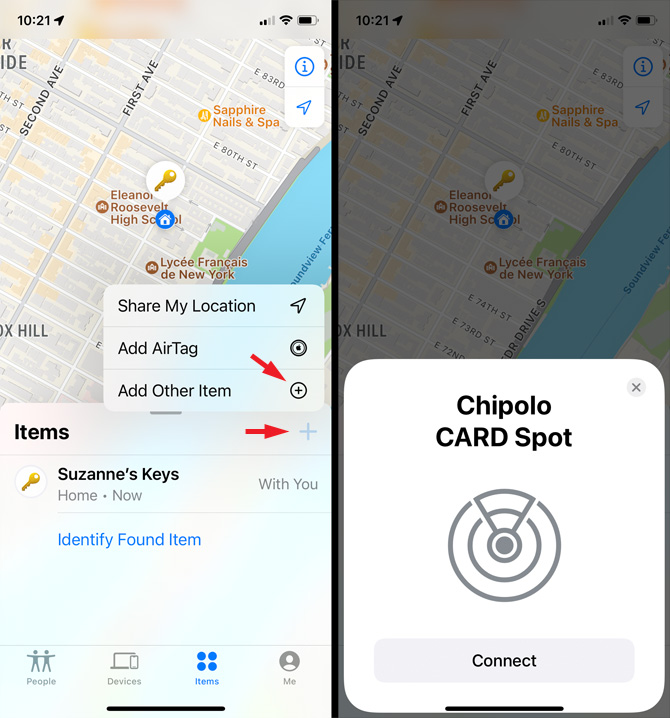 If you want to move your CARD Spot to different iPhone, you can press and hold the tracker's button (just a circular depression) to put it into pairing mode. I was easily able to transfer my CARD Spot to my son’s iPhone after he destroyed his in the wash.

Since the CARD Spot uses Find My, it has most of the same features as Apple’s AirTag. You access everything by tapping the icon for your CARD Spot on the Items map in the Find My app. 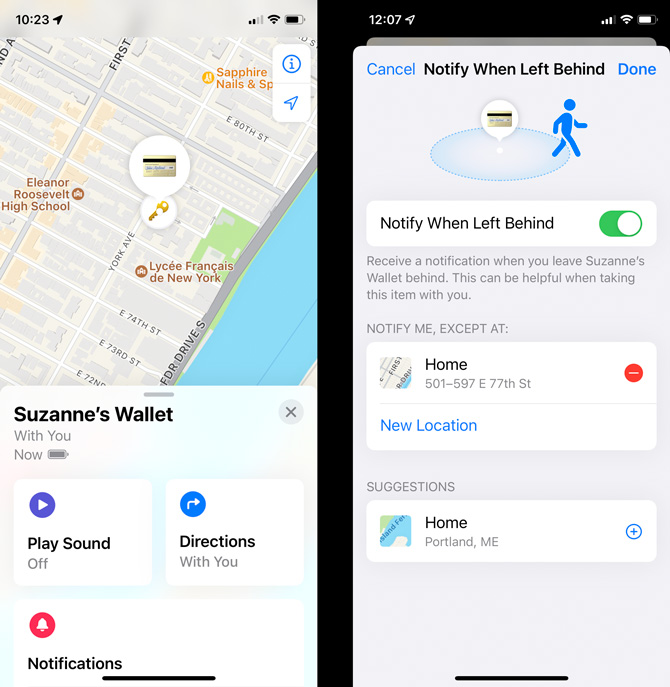 Tapping the “Play Sound” button will cause your CARD Spot to make noise. If it’s in the same room, the ping sound is easy to hear from within several feet. However, if your wallet is buried in the sofa cushions or stuffed in a bag, you’ll need to be close to it to hear the ping.

You can also receive alerts when you’ve left behind your CARD Spot (and your wallet) and the CARD Spot is out of range of your iPhone. It often takes a few minutes for the notification to go through, but the CARD Spot never failed to alert me. You can also set up multiple exceptions for the notifications. For instance, I take my phone, but not my wallet, when I walk my dog. So, I have my home set up as an exception. For Tile trackers, this notification feature is only available through Tile’s paid subscription service, which costs $2.99 per month or $29.99 per year.

While the CARD Spot has about the same accuracy as an AirTag when relying on the Find My network, it doesn’t work as well when trying to find something in close range. The CARD Spot does not support Apple’s Precision Finding – the ability to view direction and distance information – because it doesn’t have an ultra-wideband radio like Apple’s AirTag. (The Tile Slim doesn't have ultra-wideband either.) Of course, your iPhone needs to support ultra-wideband as well, which you’ll find on iPhone 11 and newer models.

Battery life is estimated to be between one and two years (Tile Slim has an estimated battery life of up the three years). Like with any tracker, you should set your expectations based on how you’ll use your CARD Spot. If you are constantly pinging it or leaving it behind where it thinks it’s lost, you can expect the battery life to be short.

With any tracking device, there is always a question about how it could impact your privacy. The CARD Spot has the same anti-stalking feature as Apple’s AirTag. If someone places a CARD Spot in your bag and it travels with you over time, you’ll receive a notification, or the CARD Spot will ping as if you were using the “Play Sound” feature. Tile recently launched Scan and Secure, which lets you search for devices that may be tracking you. Unlike the Find My anti-stalking feature, which is constantly running in the background, Scan and Secure requires you to initiate scanning and walk, bike, or drive for 10 minutes to determine if any Tile devices are moving with you. 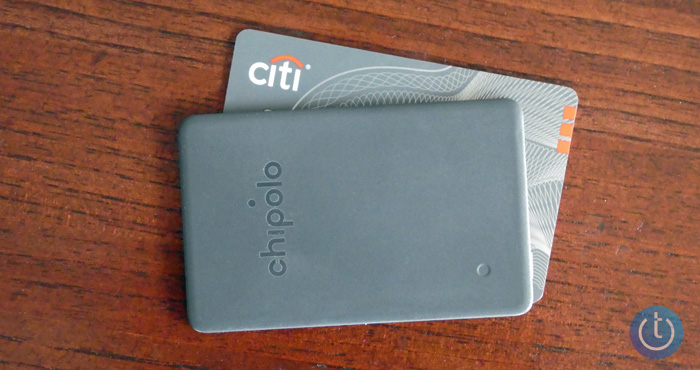 If you’re an iPhone owner that wants an easy way to ensure your wallet doesn’t go missing, the Chipolo CARD Spot provides best-in-class wallet tracking. While it doesn’t have Precision Tracking, like an AirTag, the slim card-like form factor is a tradeoff worth making. And, the CARD Spot has a bigger tracking network than Tile Slim and provides free left-behind notifications, which you’d otherwise pay for if you use the Tile Slim.