While there have been  location tags on the market for years, Apple has decided it could improve on existing products with its own AirTag. This Bluetooth locator is tied into the company's Find My ecosystem, which Apple users already use to find misplaced iPhones, iPads, and AirPods.

Like other location tags, AirTag can be attached to or hidden within a variety of objects. Using Apple's Find My app on a desktop Mac or mobile device, AirTags can be located via its Find My network. If you're within Bluetooth range of your lost object – around 30 feet – you can play a sound from the AirTag. If you've got an iPhone 11 or 12 model, Apple's Precision Finding gives you actual directions to your AirTagged item. You receive direction and distance with haptic and audible feedback, such as "Stewart's keys are 15 feet to your right" pointing you in the right direction with a compass-like arrow. 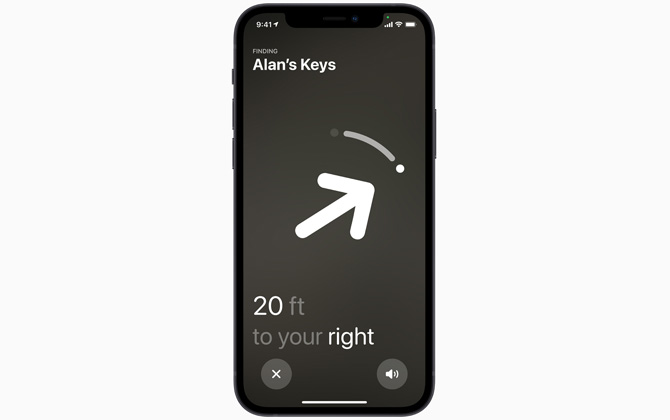 Via the app, you can also place an AirTag into Lost Mode to be alerted when the Find My network locates your misplaced object. If someone else finds your AirTagged item, they can tap it with their iPhone or NFC-enabled smartphone and get your phone number if you added one during the AirTag setup. Apple assures privacy, noting that "no location data or location history is physically stored inside AirTag. Communication with the Find My network is end-to-end encrypted so that only the owner of a device has access to its location data, and no one, including Apple, knows the identity or location of any device that helped find it."

AirTags are stainless steel and IP67 water and dust resistant so they'll survive under pretty adverse conditions. Rather than a rechargeable battery that could lose lifespan after repeated recharging, a removable cover lets you swap out the CR2032 button battery, which Apple says should last a year. Apple hasn’t expressly stated it, but it's likely you'll get low battery notifications with enough time to swap out the power cell. 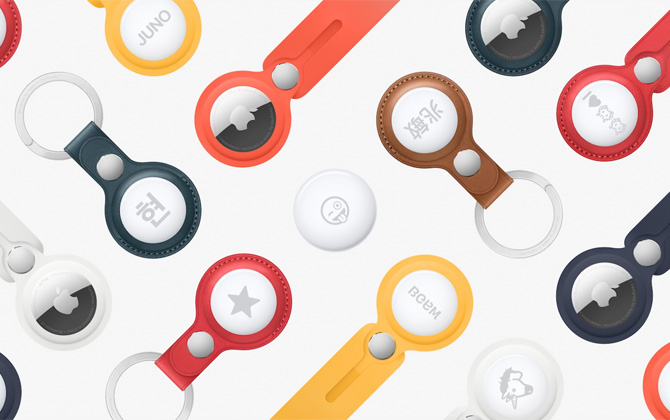 Air Tags quickly pair to your iPhone by just touching one to your iPhone. You can label each AirTag as whatever you're attaching it to (e.g. "Stewart's Keys") during set-up, then insert the AirTag into an accessory, such as a polyurethane or leather loop for luggage, or a key ring. Expect a torrent of third-party AirTag accessories to hit the market as well.

AirTags come in white, but you’ll be able to personalize them by engraving them with text or one of 31 emojis. AirTags can be pre-ordered starting on April 30 and will be available in mid-May, for $29.99 each or $99.99 for a four-pack on Apple.