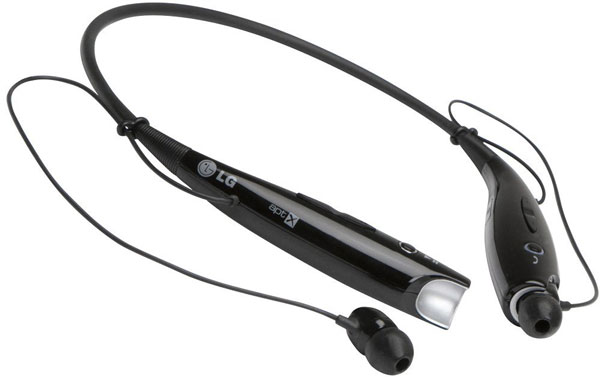 Update 2/3/2015: The LG Tone+ HBS730 is still our top pick for the Best Bluetooth In-Ear Headphones. The sound quality is comparable to the most recent model, the LG HBS-900 Infinium ($118.67 on Amazon), and the updates to the Infinium’s design, most notably the retractable earbud cords, are not worth the extra cost.

They look like a contraption imagined by Thomas Edison and designed by Rube Goldberg. But even with their seeming ergonomic awkwardness, the LG Tone+ HBS730 earphones are, in my opinion, the best stereo wireless Bluetooth earbuds.

It's not that the unusual Tone+ earphones are the perfect solution. Among all of the viable Bluetooth earbud alternatives I listened to, there are two other top contenders, the compact Plantronics BackBeat GO 2 ($80) and the colorful, sonically-excellent Denon Exercise Freak AH-W150 ($129). They also have good to great audio quality and are moisture resistant, which means they're all appropriate for sweaty situations. But in the end, the Plantronics BackBeat GO 2 fell due to limited battery life and the Denon Exercise Freak AH-W150 earphones were just too big and heavy.

So, it was the combination of long battery life, music and voice sound quality, a multitude of controls and reasonable price ($80) that made the LG Tone+ HBS730 earphones my pick for the best Bluetooth in-ear headphones. Here's my review for more on why.

Bluetooth earbuds eliminate that damned cord that gets tangled or snagged on every button, doorknob or object in your purse or bag.

Bluetooth earbuds have no cables other than the one that connects the two earbuds. The cord's usually around two feet long (just long enough to reach around your neck), with a flat, rubberized design to help prevent tangling.

And placing the battery in the earpieces creates large and potentially uncomfortable buds.

The unique collar configuration of the LG Tone+ neatly solves this power problem and provides even more functionality.

An unusual but functional design

The horseshoe-shaped LG Tone+ is totally flexible, with a round rubber connecting cable connecting two bulbous ends. You wear the Tone+ around your neck so that the bulbous ends rest on your clavicle. But don't worry — the whole contraption weighs just 1.13 ounces, probably less than a string of faux pearls.

The Tone+ collar doesn't bounce around while running. It conforms to the shape of your neck, and its plastic surface and your sweat form a gentle adhesion that keeps the Tone+ in place.

The actual earbuds are attached to the collar by thin cables, magnetically nestled in cups at the tip of the bulbous ends. When they're in my ears, the buds are so light I hardly feel them.

The Tone+ includes more handy controls than any other Bluetooth buds, which the Phonearena reviewer also noted: “There's a whole bunch of buttons on the LG TONE+ added for convenience.”

On the left side of the collar is a talk switchhook to answer, initiate and end calls, as well as a microphone and a volume up/down toggle. There's also an on/off switch, not found on any other Bluetooth buds. On the right side are a play/pause button and skip ahead/skip back controls.

All I have to do is remember where everything is.

The Tone+'s odd configuration solves two problems. The design of the Tone+ puts the battery in the left side of the collar rather than in the earbuds, which is why the earbuds themselves are so light. It also means you can have a larger and therefore longer lasting battery — 10 hours of music play and 15 hours of talk time, nearly twice as much as any other competing Bluetooth earbuds.

Being able to turn off the Tone+ extends this already lengthy battery life. All other Bluetooth buds go into a standby mode when you're not listening or talking, during which not only are they still siphoning power, but so is the smartphone they're connected to. Turning off the Tone+ when you're not using it means you may not have to recharge for days.

Consumers and reviewers consistently rate the LG Tone+ highly on its battery life. For instance, Hraber87 on Best Buy says "It provides great wireless sound and can go several days without having to be charged," and Phonearena says "The battery life of the LG TONE+ won't disappoint you."

I've been critically listening to headphones and appraising a host of other gadgets for 30 years, and I found the LG falls in the middle of the good to great range, offering solid volume, crisp highs and decent bass (the best sound I heard emanated from the Denon Exercise Freak AH-W150).

But where the Tone+ excels far above all other Bluetooth in-ear headphones is phone call quality. In my review, I was taken aback by how much volume I got, without distortion — there's no "what'd you say?" at my end.

And because the microphone on the Tone+ is at the left end of the collar — in the direct path of your voice — rather than up near your ear or check (and therefore behind your mouth, as it is on the other Bluetooth buds), I got no comprehension complaints at the other end of my cordless conversations. The Wired reviewer had a similar experience: "Unlike my other Bluetooth devices, such as the one in my car, I never once got a complaint from the person on the other end of the call."

So, in nearly every way but ergonomics, the LG Tone+ HBS730 earbuds are the best in-ear Bluetooth headphones. 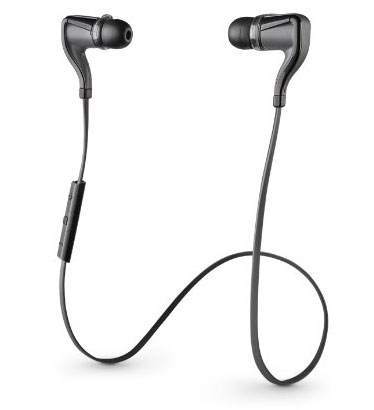 If you're looking for a more traditional pair of Bluetooth earphones, I'd recommend the Plantronics BackBeat GO 2. They are incredibly light at just .5 ounces and quite comfortable. Plus, the inline controls are easy to use.

The only problem is short battery life — a mere 2.5 hours per charge. But the Plantronics come bundled with a 3-inch by 4-inch battery case that recharges the GO 2s when you're not using them. You get a total of 15 hours of usage without needing a wall outlet recharging.

If you're put off by the ergonomics of the LG Tone+, your choice is the lighter (and $30 cheaper) Plantronics.

My friend just got these and she said the sound is real clear to her but anyone she talks to tells her they can’t understand what she is saying and she sounds like she is under water? What could ahe do to fix that?

Probably a problem with the mic

The LG’s mentioned in this article are a great pick, even though they may be a little bit outdate (you can probably find them a bit cheaper even). Karen, sounds like a problem with the mic, most likely an issue with the manufacturer if they were recently bought and have not been exposed to liquids or heat.

Has she tried swimming to

Has she tried swimming to the surface?

Yes, we did have an issue

We clearly had an issue with the pricing in the story at the time. But with pricing constantly fluctuating on these models, it’s difficult for us to go back and try to figure out what was incorrect. In any regard, both headphones now sell for around the $60 mark, and the LG remains our top pick.

Those are definitely the best bluetooth headset for awesome sound quality

However I really the design of Plantronics Backbeat Go 2 and think it should’ve been on #1 position.

I’ve got the plantronics set and they’re really good for the money. No problems with bluetooth either like I’ve had with other wireless headphones.

I got Lg Hbs730 but the problem is 4 hours stand by and 3 hour music play?
Average battery life of these headphones plzz?

what about the product quality?

Recently just purchased the Plantronics Backbeat Go 2 and they are some very good quality headphones can’t go wrong with them.