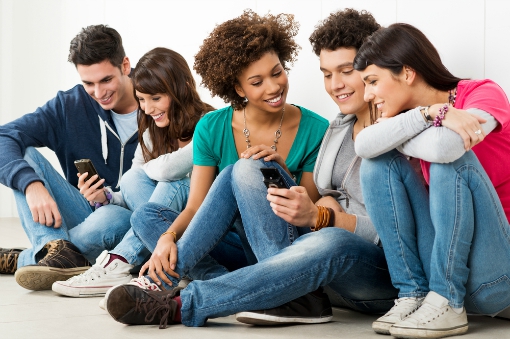 Tumblr, YouTube, and Twitter have been leading the slang game recently. "Snatched" is officially the new "fleek," "sis" is the new "bro," and adding "boots" to the end of any adjective is totally a thing. Read on to learn all the new slang words the cool kids on Internet are using.

If someone calls you extra, you're either trying too hard or being over the top. Think Regina George's mom. However, anyone from a teacher who gives too much homework to that loud, drunk, birthday girl stumbling around in a plastic tiara can be described as extra.

Sus comes from the word suspect. It's the Internet's word for sketchy or shady. Remember when Cady Heron gave Regina George Kalteen bars to "lose weight"? That was sus.

Sis is the new bro. However you'd use bro, just replace it with sis and you're good to go. Scott and Mitch of Superfruit use it nonstop, so that totally confirms that it's a thing.

Todrick Hall uses boots in a bunch of his most recent viral videos. You just add the word boots to end of adjective or verb to add emphasis to whatever you're saying. Let's say you're really tired, you can say you're tired boots.

OK, so your hunties are your best friends or friend group. Taylor Swift is one celeb who's known for having the best hunties.

OTP stands for One True Pairing. Your OTP is a couple you are emotionally invested in. My OTP is Beyoncé and Jay Z. If they were to break up, I'd literally die.

Stan is the Internet's word for fan. If you're a Taylor Swift fan, you simply stan Taylor Swift. Stanning is also a thing. See Lohanthony lip-syncing Camila's part in a Fifth Harmony song? That's him stanning Fifth Harmony.

The new "awesome" or "rad" depending on your generation. Often used in the form of "That was legitness!" to mimic the young boy whose YouTube utterance made this a viral hit among kids.

Ship is one of the most important terms on the Internet. It comes from the word relationship. You "ship" the two people you want to be in a relationship. So, if I think Olivia Pope and Fitz Grant should be together, I ship Olivia and Fitz.

Check out these other Popsugar articles:

‘Ship’ and ‘OTP’ have been in pretty widespread use for at *least* 10 years. Maybe more, but I heard people using them in college.

Pretty sure you made the rest of these up, I live on the internet and I’ve never seen anyone use any of them :p. (I do see “legit” all over, but not modified into a weird noun/adjective - I hear people call things legit all the time, but I’ve never heard anyone say something was “legitness”.)

Agreed with Neminem — online soap fans have been using ship and OTP for at least ten years, maybe more (I remember using it on Usenet, which means they MUST be pretty old).

I don't want to be hep

I’ll stick with “cool” and maybe “rad” ... these monkey-grumbling words taint fit for nobody.

I’m not concerned about being considered an old fogie - I’ve earned that right.  I am concerned about appearing stupid and uneducated in butchering the English language.

That sounds like the conversation I have with my kids every day.

This is just STUPID!  And I really mean SH*T !
Use a Dictionary people, we do not need new words to make up this CRAP !!

I haven't heard any of

I haven’t heard any of these words being used in society.  I guess I’m just of a different generation.

TSwift might be using it that way, but that's not how it started out...

“Hunty” comes from a cross between ‘honey’ and ‘See You Next Tuesday’—a way to address someone you were going to read, or someone you were responding to after they read you, without actually using profanity. Got its start in the LGBTQ+ community, hit the public ear with RuPaul’s Drag Race. Suggest it be used with great caution unless you really know the room.

I’m in my 60’s, friends, and have been hearing and using ‘Boots’ as an adjective modifiers since I was a little child. Messy-Boots, Silly-Boots, Sneaky-Boots…it’s been around only slightly less time than actual boots.

Picked up steam in pop culture during first season of Bravo’s “Married to Medicine”, when Quad started making reference to some castmates being ‘Shady-Boots’.