The glowing pumpkins, the trick-or-treating, the ghoulish costumes—all are best shot after dark during Halloween when the lighting can get pretty tricky. Today's cameras and smartphones, are up to the challenge, if you take the time to do more than point and shoot.

Follow these tips to make the most of those after-dark shots and even scare up a few ghosts.

Raise the ISO Level: One of the easiest changes you can make to compensate for low light is to raise the ISO setting, which makes it more sensitive to light. The more sensitive it is, the faster the camera can take a photo, which will reduce the amount of blur caused by camera shake. One caveat: If you push the ISO number up too high, you'll start seeing noise, those grainy-looking imperfections you see most easily in solid-colored areas. So you'll want to experiment to see where your camera or smartphone realistically tops out.

Use HDR mode for composed shots: Many cameras and smartphones have a shooting mode called HDR, for high dynamic range. Basically, in this mode, your camera takes two or more shots at different exposures and then combines them so you get detail in the lightest and darkest areas. If there's any movement, though, the shot will be blurry. On the other hand, it may be the only way to get a shot in very dark situations, especially with a smartphone.

Use a tripod: One reason why so many low-light shots don't come out well is that it's really hard to hold a camera or phone still long enough to take a crisp picture. Using a tripod takes the shaky factor out of the equation. If you have a flat surface for setting up your phone, try the iKlip Grip Pro GP ($49.99 on ikmultimedia.com, check price on Amazon). This combination selfie stick and tripod has a Bluetooth remote control, so you can place your phone in the place with the best view and trigger your shots with the remote. If you don't have a good surface, Joby's GorillaPod Starter Kit ($29.95 on joby.com, check price on Amazon), which can wrap around trees and poles or stand up on the ground, is a great option that fits most smartphones.  Also, try using the camera's self-timer mode to avoid the movement that inevitably occurs when you press the shutter button.

Use a fast lens: A fast lens will let more light through so you can take your pictures faster, reducing the potential for blur. You can tell how fast a lens is by looking at the maximum aperture. A good camera will come in at f/2.8 or lower. You'll also find fast lenses on today's smartphones. For instance, the iPhone 12 has f/1.6 - f/2.4 lenses and the Samsung Galaxy S20 has f/1.8 - f/2.2 lenses. 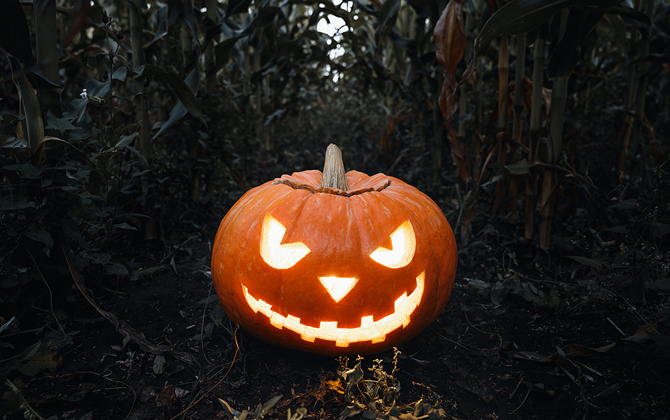 The best time to capture a shot of jack-o-lanterns is at twilight, or 20 minutes after the sun goes down. At this time of day, the glow from the jack-o-lantern will produce about the same amount of light as the night sky. With everything equally lit, the camera will have an easy time capturing the details everywhere in your shot. If you miss this 20-minute window, you can turn on HDR mode. Smartphones should default to HDR in these conditions.

Adding ghosts to your photos 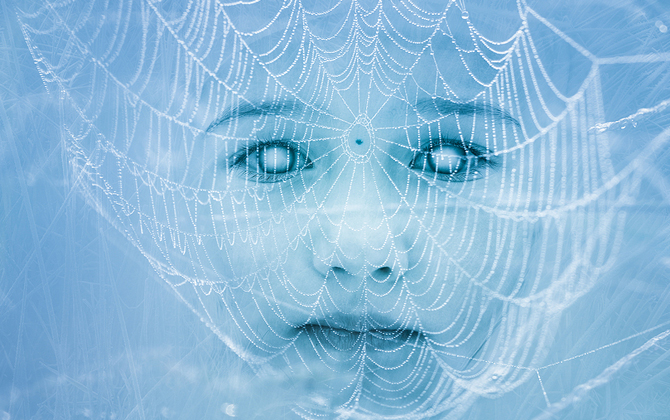 To create a shot with your camera, it will have to support long exposures—at least 8 seconds. For an 8-second exposure, you'd have the person in the frame for about 5 seconds and then exit for the remaining 3 seconds. The result is a double exposure in the space where the person stood, which gives him or her a ghost-like, translucent look. Make sure to use a tripod or something that will keep the camera perfectly still during the exposure period.

If you don't have a camera that supports double exposures, you can merge two photos together in photo editing program that lets you layer one photo on top of another and control the transparency of those layers, like Photoshop Elements. Or, you can use an app that allows you to blend photos, like Adobe Photoshop Mix (free for iOS and Android). 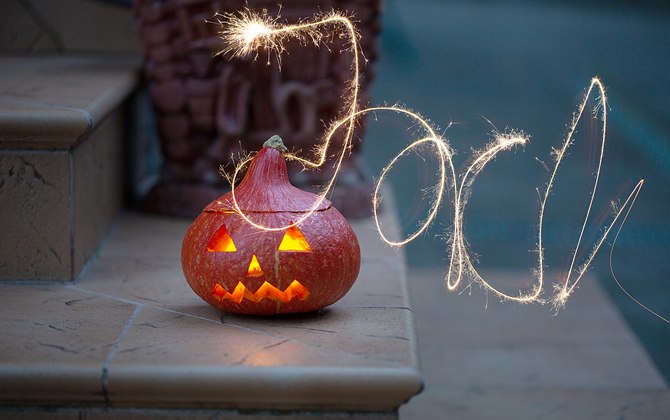 For ghost writing, you’ll need a camera that supports exposures of at least 8 seconds, with 16 or 30 producing even better results, a tripod or flat surface, a flashlight or two and darkness. The trick is to use the flashlight to draw pictures or words in the air. The long exposure captures the trailing light as a bright image floating in the air.

Some smartphone have manual controls that you can find in the camera app. If not, you'll need to take some extra steps to capture the magic. For iPhones we like Slow Shutter Cam ($1.99 in the App Store) and for Android phones we like Camera FV-5 Lite (Free in Google Play).

Keep in mind that the camera captures the mirror image of what you draw, so you’ll have to write your message backward (hard) or flip the photo in your photo editing program (easy). 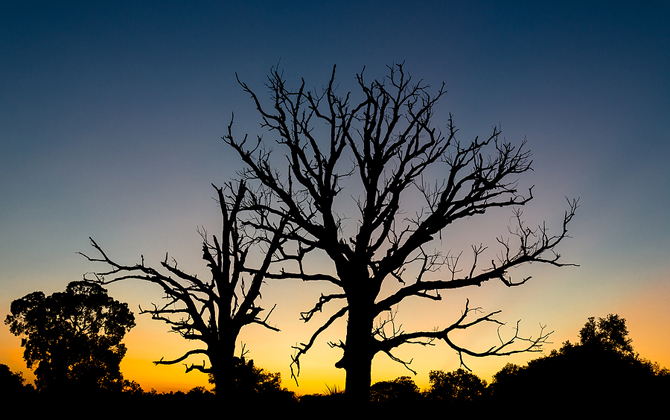 Any object—or Halloween costume—that's readily identifiable by its shape is a good candidate for a silhouette shot. Before sunset, find a spot with a clear line of sight to the sky with your subject's back to the sun, so your subject won't have to compete with other objects on the horizon. As the sun is setting, take photos of your subject with the flash turned off. You should have a window of about 20 minutes before the sun is too dark to act as a backdrop.