5G Mobile Networks are Coming in 2018 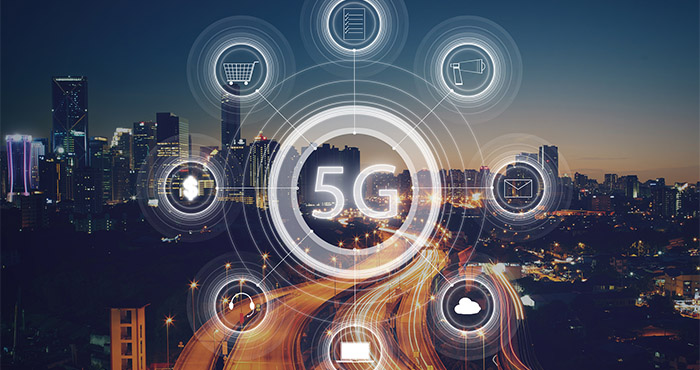 Get ready to hear a lot about 5G mobile networks, the fifth generation in mobile phone network technology. While we have enjoyed pretty fast data speeds with 4G LTE mobile networks, it's nothing compared to 5G.  And we will need those faster transfer speeds for self-driving cars and cloud-based artificial intelligence.

In preliminary demonstrations, 5G networks have been shown to deliver data at speeds as much as sixty times faster than a 4G wireless connection. According to tests of Samsung's 5G router by PC magazine, it could achieve speeds up to 4 gigabits per second or 500 megabytes of downloaded information per second.  At 500 megabytes per second, a 100 GB 4K movie could be downloaded in under 4 minutes. This is phenomenally faster than 4G LTE speeds, which top out at 55 megabits per second or 6.5 megabytes of downloaded information. Using a 4G LTE mobile network that same 100 GB 4K movie would take almost 3 hours to download.

These are 5G speeds measured in ideal circumstances. Just as your phone's speed depends on the distance you are from a cell tower and whether there are obstructions, so will a phone on a 5G network.  Still, even if there is a drop to 25% of the potential peak, 5G will still be faster than many home networks. And that's what carriers are planning on offering: wireless 5G for the home. To get 5G in your home will require an antenna be mounted to the outside of a window to receive the 5G mobile signal.

While cable companies rush to install fiber-optic cable so the they may reach gigabit speeds, 5G has the potential of being faster than a wired connection.  At 1 gigabit per second, that 100GB movie takes 14 minutes to download.  This means that we could get faster wireless speeds over a mobile network than we can from the fastest cable wired to our homes.

Without the need to dig up streets or physically lay down cable, this could open the door to new 5G mobile network providers.  Already, a startup named Starry has begun offering faster wireless internet speeds using a millimeter wave band technology.  In the near future, similar companies will hopefully bring competition to cable companies by using 5G mobile networks.

AT&T and Verizon will launch 5G networks in 2018

Both AT&T and Verizon have announced that they will have working 5G networks in 2018.  While Verizon will focus on supplying network speeds by geographic location, starting in Sacramento, California, AT&T is gearing toward specific 5G applications, like autonomous cars and virtual reality.  An early release of a Verizon Fios 5G home internet device has limited availability and runs $275 per month. We expect the prices will become more competitive when the service is more readily available.

Should I start thinking about

Should I start thinking about trading-in my 4G smartphone and looking for a new phone that supports the 5G network.

There are no 5G devices yet and 5G networks will only be starting to roll out, on a very limited basis, later this year. Realistically, it will probably be at least 2-3 years before 5G starts to become an option for most people.

HI Admin, Thank you so much for your information, you are a good author, the content you wrote,  really helpful for me..please keep us updated.
https://uni-info.co.in/