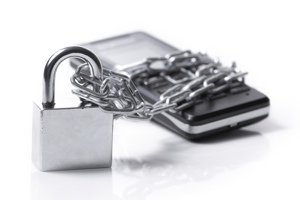 Major U.S. cell phone carriers and the federal government have reached a voluntary agreement that will guarantee your ability to legally unlock your phone from its current network at the end of your contract, Reuters reports.

Most wireless companies currently lock phones that are under contract to their network. That means, for example, you can’t take a device you bought at Verizon and have it activated at AT&T without Verizon's OK. Now, your carrier must tell you can unlock your phone at the expiration of your contract and must further streamline the unlocking procedure.

Specifically, the key terms of the agreement between carriers and the Federal Communications Commission (FCC) state:

Earlier in the year, carriers aggressively lobbied the Library of Congress, which oversees copyright exemptions, to rule the unlocking process illegal under penalty of law. The wireless industry indeed won that fight in January but suffered a major PR black eye in the process. Phone unlocking has actually increased 71% in the months following it being made illegal, according to a Venture Beat report.

“Wireless carriers should be able to enforce their valid customer contracts,” says FCC Commissioner Mignon Clyburn. “But I also believe that the provisions in those contracts need to be grounded in common sense. Consumers, who satisfy the terms of their contracts, should not be subject to civil and criminal penalties if they want to take their device to a new carrier.”