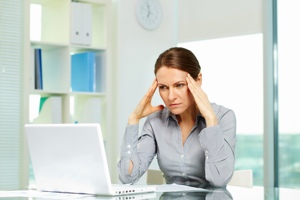 The U.S. Court of Appeals in Washington D.C. has ruled against the Federal Communications Commission’s (FCC) net neutrality rules, paving the way for your Internet service provider to limit speeds or charge more for access to bandwidth-hungry sites like Netflix.

According to the court, your home Internet service provider should not be subject to the same rules and regulations that phone service providers are. This opens the door for ISPs like Verizon and Comcast to potentially throttle connections to certain sites to better manage traffic. The FCC would still be empowered to bring cases against companies acting in an anti-competitive manner.

Net neutrality is a fancy term for a simple idea: That all content on the Internet should be accessible to you without your ISP playing favorites with certain content providers. Though net neutrality affects all sites on the Internet, it’s typically discussed in conjunction with video streaming since Netflix and YouTube combine to account for over 50% of Internet traffic. That number is likely to surge even higher as companies announce their plans to stream in bandwidth-heavy 4K video.

The fear is that without net neutrality, your ISP may choose to begin charging Netflix for the right to stream data to you at full speed. While that wouldn’t affect your home internet bill, it would likely increase subscription costs or lower the quality of services like Netflix.

The FCC may appeal the ruling to the U.S. Supreme Court.

[Business woman with headache via Shutterstock]