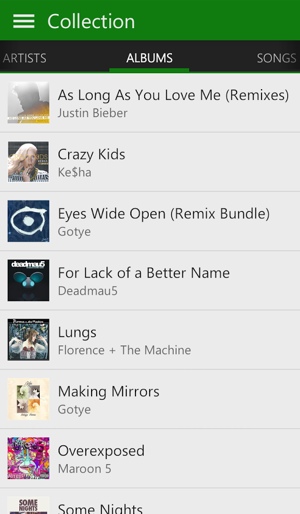 I’ve made no secret of the fact that my favorite premium music streaming service is Spotify – it has on-demand songs, the ability to download songs for offline play and a huge music library. Of course, competitor Xbox Music has all those things. But it just wasn’t available for mobile play on iPhone, Android or web … until now.

Functionally, Microsoft's Xbox Music is an awful lot like Spotify. If you access the service by PC, you’ll be able to listen to just about any song of your choosing with little more than a name, a password and a willingness to be subjected to ads. If you want to take Xbox Music with you on your mobile device, you’ll need to buy a Music Pass first. Those cost $9.99 per month; again, the same exact price as Spotify.

There are a couple areas where Xbox Music outshines Spotify. With Xbox Music, you have access to over 30 million songs. That’s about 10 million more than Spotify. You also get the ability to play songs over your Xbox 360. The upcoming Xbox One console takes this one step further, allowing you to stream music while you game. That's a pretty rad feature to be sure.

If you’ve already subscribed to Xbox Music because you own an Xbox 360 console, a Windows Phone or a Windows 8 PC, downloading the iOS or Android app is a no-brainer. If you’re trying to choose between for-pay streaming music services, however, these new apps don’t exactly tip the scales in favor of Xbox Music. Both are light on features – there’s no radio option nor can you download songs for offline play. You can expect Microsoft to correct this eventually, but why wait around when Spotify does both now?

Xbox Music is a free download for both iOS and Android. An Xbox Music pass is required to stream music to portable devices; the web version of Xbox Music is free but ad-supported.