Report: Your Skin Rash Could be Caused by Contact with Technology 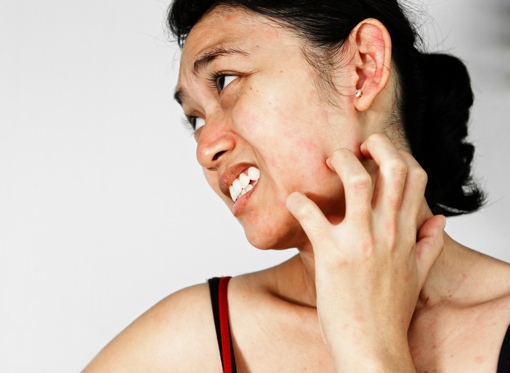 A warning for parents in this month’s Pediatrics (PDF, requires subscription): Researchers have linked the increased prevalence of red, itchy skin rashes to the nickel used in modern smartphones and tablets.

The Pediatrics report focuses on the case of an 11-year-old boy who developed a case of allergic contact dermatitis, a non-contagious skin rash. Doctors suspected the child’s first-generation iPad could be a cause, given the nickel content of the device. And indeed, when his parents began limiting his exposure to the tablet, the boy’s rash significantly improved.

The iPad isn’t the only popular tech device that’s causing rashes in its users. Earlier this year, Techlicious reported that the Fitbit Force activity tracker also causes allergic contact dermatitis in its users. The nickel content of the device was called out as one potential cause of the rashes, along with irritation from trapped sweat.

According to the Mayo Clinic, allergic contact dermatitis is very uncomfortable – it’s the same malady caused by contact with poison ivy – but it’s not life-threatening. Still, if a rash is painful, causing embarrassment, appears infected, or if limiting contact with tech doesn’t seem to improve your condition after two to four weeks, the Mayo Clinic advises contacting a medical professional.

Healthline, a leader in providing intelligent health information, has just launched a new service that we think will be of interest and benefit to you and your readers.  At our page Diagnose Your Rash On-line, http://www.healthline.com/health/rashes/first-derm, you can upload pictures of your rash and provide a description of it.  When you submit your case a board certified dermatologist will review your submission and provide you with an answer within 24 hours.

We’re confident this is a valuable tool for you and your audience. I’m wondering if you would include it as a resource on your page https://www.techlicious.com/blog/allergic-contact-dermatitis-pediatrics-ipad-report/ so that your readers can benefit from this helpful resource?

Let me know what you think and have a great week.