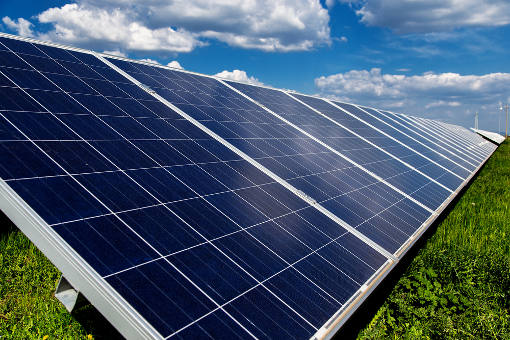 Apple and its China-based manufacturing partners consume a lot of energy to produce and sell that iPhone in your pocket. In response to the challenge of climate change, Apple is making up for its use of fossil-fuel energy with clean power from renewable sources.

Apple announced yesterday that the company has set up programs for whittling down its China-based manufacturing partners' carbon footprint. Through its programs, Apple estimates that between now and 2020 it will prevent 20 million metric tons of greenhouse gases from being released. That's the equivalent of taking 4 million passenger vehicles off the road for one year.

The company will use a combination of solar, wind and hydropower energy production technologies.

Apple and Foxconn have already signed a pact for the construction of a solar energy facility that will produce 400 megawatts, enough to compensate for Foxconn's energy requirements for making Apple's iPhones in Zhengzhou. The project is expected to be completed in 2018.

Aside from that, Apple also plans to offset the energy consumption of its supply chain by setting up more solar installations in the northern, eastern and southern parts of China. The projects are expected to put out more than 200 megawatts of green power, roughly the amount consumed annually by 265,000 households.

Besides the infrastructure projects, Apple also wants to share its best practices in green energy production and in setting up quality renewable energy projects.The company vowed to help its partner suppliers in important areas in green power management, such efficiency audits and regulatory compliance.

Around the world, Apple powers 87 percent of its operations with energy from renewable sources.

You can bring clean power to your own home on a smaller scale. First, find out how much your devices are costing you when they're off. If you're thinking of shifting to solar energy, use Google's Project Sunroof to help you check whether your area has ample sunlight to make solar a viable choice. And explore your lighting options at home — make sure you know how to buy the right lightbulb, including smart lightbulbs such as the intelligent, burglar-deterring BeON LED Light Bulb.