How Much Your Devices Are Costing You When They're Off 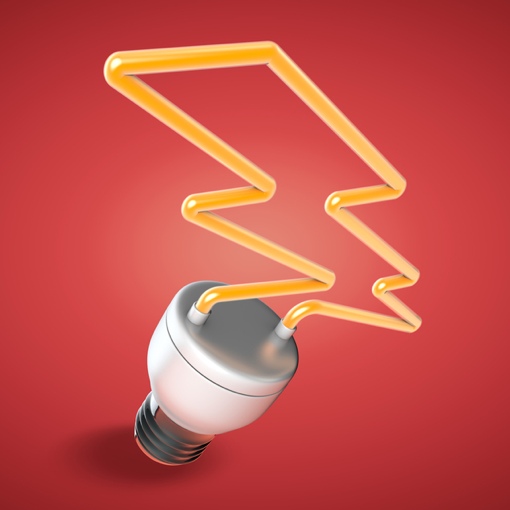 Always-on appliances and standby modes may be a nice convenience for us consumers, but they’re a huge drain on the electrical grid. According to a series of home audits and analysis (PDF) conducted by the Natural Resources Defense Council (NRDC), the average home has 65 devices plugged in, two-thirds of which draw over 1 watt of power when idle. In total, approximately 23% of household energy consumption is devoted to these always-on costs – double the rate as ten years ago.

All that extra electricity use is terrible for the planet, responsible for pumping an extra 44 million metric tons of carbon pollution into the atmosphere annually. Just as importantly, it’s not good for your wallet– energy vampires cost the average household $165 per year.

What’s wasting all that electricity?

As you might expect, some devices around your house are more likely to waste electricity than others. The NRDC found that set-top boxes are a huge expense, costing households between $16 and $57 in always-on costs. Televisions can be big drains too, depending on the model you own – researchers found their always-on costs ranging between $2 and $54 per year. Desktop computers are a drain too, with some households paying as much as $49 annually because they’re never completely powered down.

Beyond these energy vampires, the NRDC also looked at devices commonly left on 24 hours a day in homes. Fish pond equipment is surprisingly expensive ($220 annually), as is aquarium equipment (up to $67). Lights that are always left on can cost as much as $104 per year, each. And now that the weather is warming up, be careful about leaving your fan on 24/7 – it could cost you $111 annually to do so.

What devices are the worst of the worst?

The NRDC report finds that home security and surveillance systems are among the biggest always-on energy users, costing between $500 and $1,300 in electricity annually. Whole house audio systems are surprisingly expensive too, costing homes in the study between $350 and $900 per year in power costs. And while a heated towel rack might seem like a nice luxury, it’s surely an expensive one – owning one could cost you up to $375 per year in electricity alone. 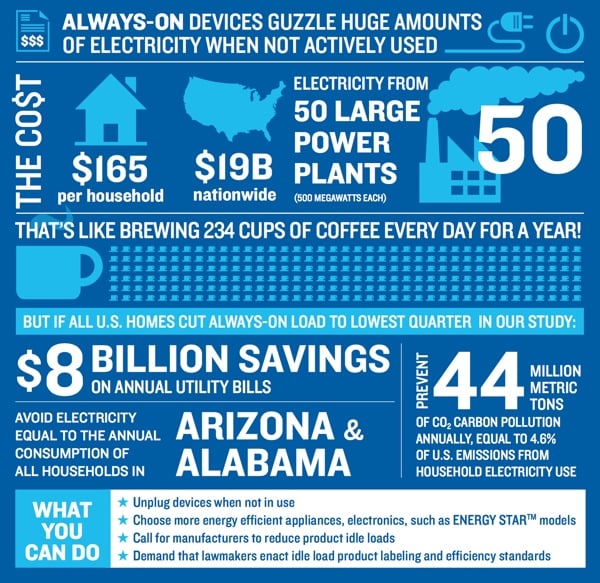 How can you stop the drain?

So, what can you do to reduce your home’s idle load usage and save money in the process? Here are some recommendations from the NRDC:

an average of 65 devices in a home?

I would say somebody needs to fact-check that. I’m pretty connected, and even if I count my daughter’s 3 game systems (only 1 of which is hooked up at a time), computer peripherals, Roku, my washer and dryer, treadmill, box fans, etc., I don’t have 30.
I do try to make sure vampires are taken care of, except my microwave (my main clock, lol!) and my wifi/router.