Are Spoken Passwords the Future of Tech? 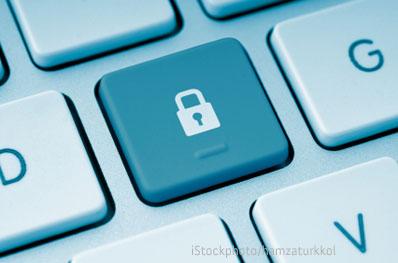 For me personally, password management is a pain. I’ve been around on the Internet for over 15 years now, creating login credentials for sites I don’t even remember. In some cases, I can’t even remember the answers to the security questions I set. As you can no doubt relate, it’s a lot to handle.

But according to a new article in Business Insider, this memory exercise may soon be a thing of the past. Companies have already developed technology capable of identifying you based on your unique voice. And they’re pushing it hard as the next big thing in authentication, suggesting you may one day need to speak your way in to your email account or Facebook profile.

Voice recognition is a natural fit for accessing accounts by phone, such as calls to your bank’s customer service line. But many tech watchers feel voice authentication is also a natural fit for smartphone applications. These devices often lack physical keyboards, but they always have a way to listen to speech. They are phones, after all.

Naturally, a voice password has a lot of advantages. You’ll no longer have to remember a complex series of typed passwords with alternating capitalizations, numbers and symbols. Theoretically, it’ll be faster too, especially if you’re as bad as I am at using your smartphone’s virtual touch keyboard.

But the technology has some pretty common sense drawbacks, too – enough to make you question whether or not Business Insider is being genuine with its “soon, your voice will be the only password you’ll ever need” headline. I feel very self conscious using Siri and similar voice-activated technologies in public – having a one-way conversation with a smartphone feels more like a sign of mental illness than convenience. And what happens when you get a cold, or your voice otherwise changes?

So, is voice the future of passwords? They probably are for customer service calls, or any situation where talking is already natural. I think we’d all jump at the chance to retire having to give our mother’s maiden name and Social Security number to complete strangers, often two or three times a call. But for mobile? Spoken passwords may just be too inelegant to ever catch on.

What do you think? Are you eager to start using spoken passwords? Or would you rather continue typing?

That depends -- Can the system distinguish natural from recorded speech?

They would have to

You make a good point. Without that ability to do that, the security falls apart.