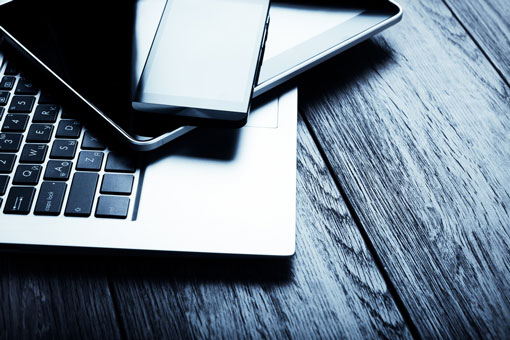 If you're on the AT&T network, you'll soon be able to pick up incoming phone calls on your smartphone, tablet and other mobile devices.

NumberSync links your cellular devices through a universal number. When someone calls your phone number, all your linked devices ring — your phone, tablet, smartwatch, smart-wearable or even your smart car. You can take the call on whatever mobile device is within your reach, and if your primary phone has run out of battery power, you can still take calls and send texts on other connected devices.

Devices using NumberSync still need SIM cards under the AT&T network. But all of the SIM cards will be assigned one number to share among your devices.

Since NumberSync is a network-based service, connected devices don't need to be physically near one another in order to receive routed calls or messages. As long as they are receiving a signal from the AT&T network, all of your devices will receive incoming calls and texts. This resembles Apple's Continuity feature that allows calls and texts coming in through an iPhone to be picked up on a Mac or iPad, provided all devices are on the same network.

For now, AT&T won't charge extra for multi-device sharing of one number. It already charges (usually $5 to $10) for each device connected to a shared data plan.

AT&T has not given a specific date for the official launch of NumberSync. Initially codenamed Cascade, the feature has been undergoing refinement and polishing in AT&T's incubator lab since last year. In a blog post, an AT&T officer said that the new number-sharing technology will be rolled out "fairly soon." AT&T also said that once NumberSync is launched, a good number of smartphones will be able to support the feature through software upgrades.

If you get a Google voice number that you forward to your phone (free), you can receive those texts and calls anywhere. Been happening for a while and now that Hangouts is integrated, super easy to receive texts.

Agreeing with Elizabeth here: I didn’t even finish reading the article, since I’ve been seamlessly using Google Voice to do this very thing forever!  (not to mention, I wouldn’t trust AT&T to make this work in a million years!)

I wonder if you can

I wonder if you can have 2 different phones, same phone #, and only have that count as one line on your account. I’ve always been an iPhone user but wouldn’t mind picking up a cheaper Android phone to fool around with once in a while.

How could it work?

Is this will allow me

Is this will allow me to connect an ipad to my cell phone share plan without any extra fees?

No. My understanding is that

No. My understanding is that you’d still pay the access fee, but there wouldn’t be an additional fee for two devices sharing the phone number. So you could get calls on your smartphone or have 2 different phones that could receive calls placed to one number. There are phones on the market that can take multiple SIMs, so you could have a personal phone and a work phone that could take work calls and personal calls.